The screen critic: From cinematic masterpieces to the latest streaming failures 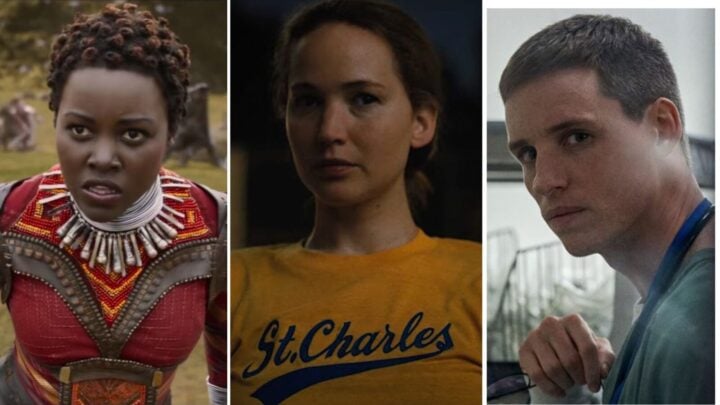 Bearing an unusually strong human story for a Marvel comic-book movie, Black Panther: Wakanda Forever chalks up as an enthralling cinematic gift, landing squarely as one of the mega franchise’s A-list films.

Judiciously incorporating the passing of Black Panther star Chadwick Boseman – the film’s silent opening logo sequence is a very moving mini-tribute – the adventure follows the character-testing challenges faced by Shuri (Letitia Wright) and Nakia (Lupita Nyong’o) as the super-advanced nation of Wakanda wrestles with the deep-sea discovery by the outside world of Vibranium, the all-powerful substance that makes Wakanda the most formidable nation on Earth.

Trouble is, a race of warriors from the impressive underwater city of Talocan, led by the aggressive, ankle-winged Namor (Tenoch Huerta), is also keen to keep the stuff out of human hands and is willing to go to war with the peace-loving Wakandans to get their way.

Given the mulch pumped out by Marvel Studios, Wakanda Forever is a refreshingly stylish and emotional entry into the otherwise cluttered, cartoony Marvel Cinematic Universe. And you won’t feel that 161-minute running time. Just be sure to hit the loo beforehand.

There’s plenty of above-average action – the sea battle is a great example of a big-scale spectacle – yet returning director Ryan Coogler (Creed) keeps a strong focus on the human stakes and the emotional cost of war. As signalled by the passing of Boseman’s T’Challa, the main characters here are far more vulnerable than usual, making them far more engaging.

How the seeds of bigotry and class inequality take root and embed themselves into people’s lives is deftly dramatized in Armageddon Time.

A subdued period tale set in 1980 at the onset of the Reagan era, we see how the close friendship between middle-class Jewish boy Paul (Banks Repeta) and his poor black pal Johnny (Jaylin Webb) is slowly fractured by family, teachers, the police and society in general.

With top support from Anne Hathaway and Anthony Hopkins as Paul’s mum and grandpa, the film takes a deliberately non-sensational look at a range of hot-button topics, complete with ominous signs of the Trump influence on American life. A very well-acted piece of jagged nostalgia, the film was written and directed by James Gray, based on his bumpy childhood.

In Causeway (AppleTV+) Jennifer Lawrence puts in an understated, Oscar-worthy performance as a veteran of the war in Afghanistan who reluctantly returns to her suburban home with her flaky mother and gets a job cleaning pools.

Eager to physically and mentally recover from her injuries so she can return to duty, she strikes up an unlikely friendship with a large, tender-hearted mechanic (Brian Tyree Henry) who is working through his own trauma.

Modest in scale, it’s delicate, well-rounded and intimate as the two lost souls try to connect, despite the awkwardness of their bond.

Unless you’re a big fan of ghouls, gruesome make-up effects and body horror gore you might want to give Netflix’s Cabinet of Curiosities a hard pass.

Presented and created by Guillermo del Toro, who was obviously granted a huge budget, the eight-hour-long, stand-alone episodes are big on squelching gross-out moments but short on ideas or interesting supernatural stories, most of which take place in richly decorated, dimly-lit Gothic settings. A lot of the series is straight-out dull.

To save time, just skip to the choice cut, the final instalment titled The Murmuring. Directed by Australian Jennifer Kent (The Babadook; The Nightingale) it stars Essie Davis as a 1950s ornithologist working with her loving husband (Andrew Lincoln) at a large, remote house in the beautiful Canadian wild studying the remarkable aerial patterns starlings create to ward off predators.

Her bereavement issues strain the marriage and has a predictable effect on the house’s dark corners. Thanks to the terrific performance by Davis and very little reliance on flashy digital effects, it stands in contrast to the other episodes and is the clear stand-out in an otherwise mediocre enterprise.

The dark, brooding Australian drama The Stranger presents an absorbing crime-thriller about an elaborate police operation as an undercover cop (Joel Edgerton) endeavours to induce an admission of murder from a bearded drifter (Sean Harris).

Creating an increasingly tense atmosphere, writer/director Thomas M Wright (Acute Misfortune) elicits intense performances from his leads, delivering an immersive, minimalist film that, while not for everybody – the subject matter is tough; the style very arthouse – it has, nonetheless, proved sufficiently compelling to make it one of the biggest global hits Netflix has ever backed.

On a similar bent (and also on Netflix) is the ironically titled The Good Nurse, an unsettling, fact-based, low-key chiller about Charles Cullen, a male nurse with a quietly psychopathic dedication to slowly murdering patients in his care. He was somehow able to operate for decades without being caught, despite widespread suspicions that he was up to something.

In a magnetic performance, Eddie Redmayne inhabits a disturbingly cool persona as the deceptively sweet-hearted, soft-spoken psycho; as a fellow nurse and friend Amy Loughren, Jessica Chastain presents a finely-etched portrayal of confusion when the police approach her with the full story, hoping it will convince her to help extract a confession.