From dance to Doris: Flicks to keep you warm on the couch this Winter 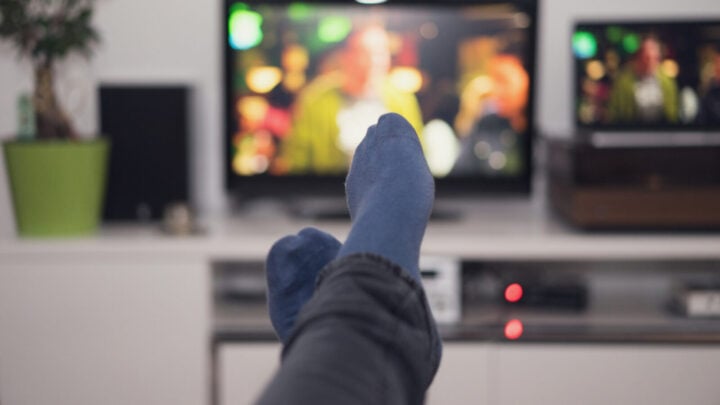 This blogger takes us through what to watch this winter. Source: Getty

For me, there isn’t much that can beat a warm place on a comfy couch with great viewing during a cold winter day. Here are a few things that I have been watching.

Sally Field. Do you need to know anything else?  You do? Then Tyne Daly of Cagney and Lacey fame.

These two wonderful women star in this quirky, romantic comedy that touches on a range of issues including hoarding, loneliness and parental control.  Sally Field is as masterful as Doris, a sixty-something woman who has lived at home caring for her mother. Following her mother’s death, Doris is inspired by a self-help author to follow her romantic inclinations toward a younger co-worker.  Field’s portrayal of Doris is delivered with discipline that evokes both laughter and sympathy while Tyne Daly as Doris’s friend Roz, has a fiery approach which is a lovely counterbalance to Doris.

There are some ageist challenges within the film with the general attitudes of ambivalence toward older women displayed. You can stream this flick on Netflix.

A Beautiful Day in the Neighbourhood – “Gentle and sweet”

Mr Rodgers isn’t familiar to Australian audiences, but Fred Rogers is an American icon. Successive generations of American children have watched his show which aired nationally between 1968 and 2001. You don’t have to know the series, where Rogers gently coaxed out childhood difficulties, to enjoy the movie. Tom Hanks plays Mr Rogers with a soft voice and a gentle approach, almost saint-like.

I didn’t make it through on the first viewing of this Netflix film (it’s a very slow start and you need to be in a “thinking space” not just an “entertain me” space), but I thoroughly enjoyed it when I persevered and went back for a second look.

The movie is the story of a bitter magazine journalist, Lloyd Vogel, played by Matthew Rhys and his journey of emotional healing, fatherhood, childhood and trauma assisted by Mr Rogers and his many skills. Director Marielle Heller takes quiet, nuanced steps both forward and back on the healing journey. I found myself wanting to be Mr Rogers’ friend and be wrapped in the warmth he exudes.

It’s a gentle film about empathy and understanding and Tom Hanks delivers a stellar performance.

This documentary mini-series on Netflix looks at the Fundamentalist Church of Jesus Christ of Latter-Day Saints (FLDS) – a polygamous, radical offshoot of the Mormon church. Several former members of FLDS, known as survivors, are interviewed in the bizarre series which uncovers child sexual assault and coercive control carried out in the supposed quest for salvation and eternal life.

The docu-series is directed by Rachel Dretzin and interviews the survivors, attorneys and investigators involved. This is uncomfortable viewing which hopefully will assist more young women to escape what appears to be a controlling and abusive cult. It’s a four-part series but I stopped watching after two – I needed a break.

Dedicated to Dance – “Are these people for real?”

Dedicated to Dance is a two-part Irish observational series on the streaming site Stan, that follows young people and their dancing. The first episode looks at a style of dance known as “Disco Freestyle”, which is a bizarre jumping fest and unlike any formal dance form ever.

In some ways, this show is like a mini version of Baby Ballroom on Netflix, which has a couple of seasons – if you enjoy Dedicated to Dance you may want to have a look at it. The commitment by families (yes, think Dance Mums, in fact, one lucky young participant won a scholarship to have a lesson with Abbey of  Dance Moms fame) to their children’s success, requires funds, time and effort.

It’s nice to see Irish children and families on my screen and those accents somehow make lots of other elements….forgivable.