Would you eat it? Mum sparks debate over whether food left out is safe to eat 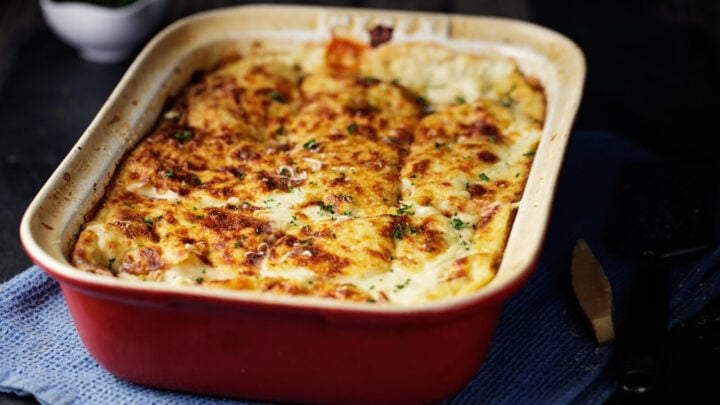 The woman left the cooked lasagne out overnight. Source: Getty.

How long can you leave cooked food out? That’s the question on everyone’s lips after one mum sparked a heated debate online after she revealed she left her cooked lasagne out overnight and then placed it the fridge the next morning. Taking to the popular Facebook group Mums Who Cook and Bake on Friday, the mum questioned whether it was still okay to eat or whether she should just bin it.

The post attracted a slew of different responses from the group’s other members, with some saying it’s fine to eat while others said it’s a big no-no.

“My Greek parents and grandparents always left things out on the stove overnight and even all day!” one commenter wrote. “We never got sick. I think you would be fine.”

Another said while they reckon it’ll be safe to eat, it’s best to go with your gut, writing: “I would still eat it. But if [you’re] worried go with your gut.” And a third wrote: “I would eat it. They didn’t have fridges back in the day and they all survived.”

According to Food Standards Australia New Zealand (FSANZ), cooked food should be eaten or refrigerated within two hours.

The good news is, you can also freeze cooked food — if you get onto it within the first two hours, that is. According to Food Safety Australia, leftovers containing cooked meat or poultry can be kept frozen for two to six months, pizza for one to two months, while chicken nuggets and burger patties should be consumed within three months. Soups and stews can be frozen for two to three months.

What are your thoughts on this? Would you still eat it?