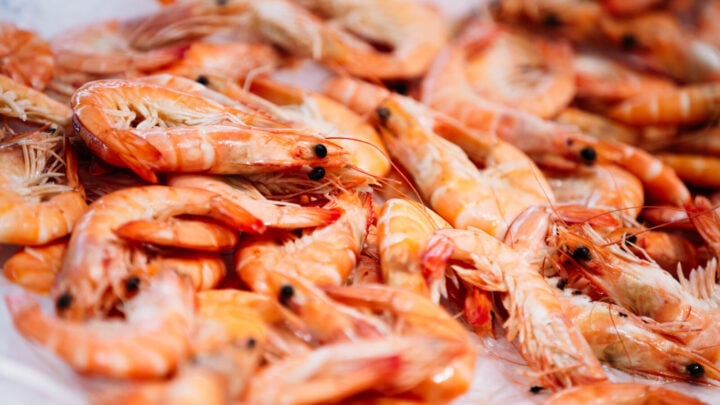 Woolworths has issued an urgent recall for frozen cocktail prawns in stores across every state and territory but Queensland amid fears of contamination. The prawns in question are the supermarket’s own-brand, 1kg bags of Cooked & Peeled Cocktail Prawns.

The supermarket giant pulled the prawns from shelves in-store on Wednesday. According to Food Standard Australia New Zealand (FSANZ), the recall is due to potential microbial contamination and may cause illness if consumed.

The compromised prawns have been available for sale at Woolworths at stores in New South Wales, Victoria, South Australia, Northern Territory, Tasmania, the Australian Capital Territory and Western Australia, and have a best before date of February 21, 2022.

As a precaution, the affected prawns, which have been imported from Thailand, should not be consumed and should be returned to the point of purchase for a full refund.

“Any consumers concerned about their health should seek medical advice and should return the product to the place of purchase for a full refund,” the FSANZ website recommended.

For more information on Woolworth’s current wreath recall, customers have been asked to call Woolworth’s Customer Service centre on 1800 103 515 or visit its website: woolworths.com.au.

Woolworths is recalling their Cooked & Peeled Cocktail Prawns 1kg with a Best Before date of 21 02 2022 due to a potential microbial contamination.
The product has been sold @ woolworths stores in VIC, SA, NT & WA and @ Woolworths Metro stores in VIC.
➡️: https://t.co/g5S8SJo29O pic.twitter.com/hhr3TsnWB6

It comes after Kmart pulled its Half Wicker Wreath with Berries from shelves in-store and online earlier this month due to fears it could pose a risk to native plants in Australia and New Zealand, where it was also sold.

The wreath, which includes a circular formation of sticks, with the bottom half covered in green foliage and white berries, had been available for purchase between September 26 and December 7 this year. At the time, Kmart recommended any customers who purchased it during this time stop using it immediately and return it for a refund.

“The treatment given to this product has been determined to have been ineffective and it may contain unwanted organisms that could affect plants native to the country,” the company said in the official product recall statement. “The product could potentially pose a risk to native flora. Customers should cease using their product immediately and return the product to any Kmart store for a full refund. “

Have you purchased these prawns recently?