Wallabies star opts not to have kids, says planet is ‘over carrying capacity’ 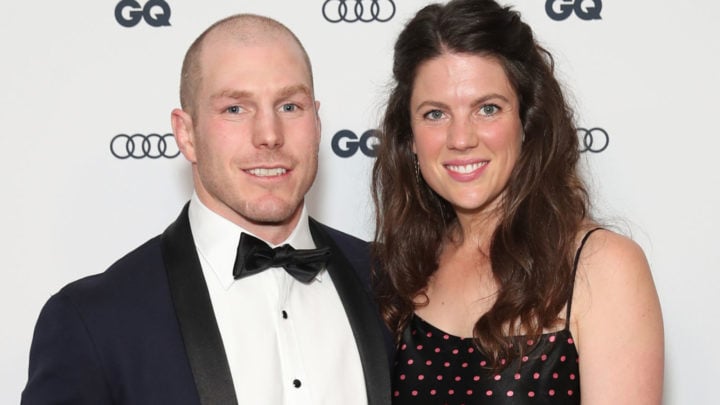 The Wallabies star is said to have made the claims in a new self-published book. Source: Getty.

Rugby star David Pocock and his wife Emma have reportedly made the decision not to have children, citing the impact that over population is having on the planet as a key issue.

According to the Daily Telegraph, David and Emma outlined their reasoning for not having children in a new self-published book titled ‘In Our Nature’, which is comprised of a series of short essays on conservation, rugby and other topics.

“It is a decision you can’t make lightly, whether or not you want to have kids,” 31-year-old Pocock said, according to the news outlet. “It is something we have spoken about a lot.

“I guess even if you look at it just in terms of an ecological carrying capacity, to take the emotional side out of it, we are way over carrying capacity at the moment. Someone has got to stop having kids but who wants to be told that?”

Meanewhile wife Emma revealed that, while the couple would love to have children, it is a decision they have spent the past nine years pondering. She told the Daily Telegraph: “We have all these amazing kids in our lives already and things aren’t going well … the world is not in a good place and I feel like if we put all of the effort that we would into being good parents into trying to make a better future for the kids that we already have in our lives, that is a pretty good contribution.”

Following the news, Pocock tweeted to clarify that while climate breakdown is an issue that he and Emma discussed while making their decision, the overall choice was a “big, personal decision, not a political stand”.

Woke up to a clickbait headline saying I'd "vowed" not to have kids. 😔 Really disappointing. What I said was climate breakdown is an issue we've discussed while trying to decide if we should have kids. A big, personal decision for us – not a political stand.

However the story sparked debate on social media, with many people backing the couple’s right to decide if and when they have children, while others hit out at the pair.

Mark Latham hit out on Twitter, saying: “Great news: Idiot Lefties are breeding themselves out, believing the planet is about to end. Commonsense will inherit the Earth.”

While one of Pocock’s followers said: “In my circle of friends and acquaintances, it is often grandparents giving adult children permission and support NOT to have kids. Also grandparents relieved at announcement of ‘no kids’.”

Another supporter wrote: “Realistically now a decision all of your generation and beyond now must seriously wrestle with, alas.”

It isn’t the first time that the couple have gotten involved with social issues though as they previously refused to get married until same sex marriage was legalised in Australia, with Emma and David finally tying the knot last year.

What are your thoughts on this story? Do you have children?