Top shows to binge this summer 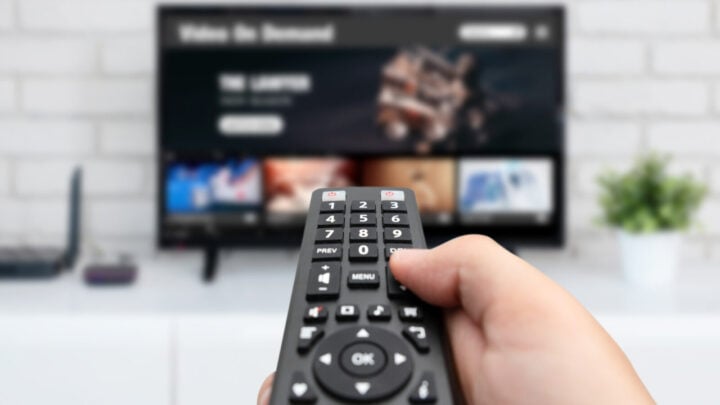 The band Pilot’s song January released in 1975 starts out, “January, sick and tired you’ve been hanging on me”. It was clearly written about another place because for me January is all about Summer and I would like it to last a bit longer! That special time of the year, you’ve eaten your own body weight in ham and prawns, spent a week wondering what day it is and the routine of the year has yet to start. When it’s just too hot to go outside, it’s a perfect time for some bingeing on great shows that you may have missed or you’ve just been waiting until you had some space to enjoy them.

If you don’t already have a list here is some of what I’ve been watching during my summer afternoons on the couch.

Mrs Maisel really is quite marvellous. With a late ’50s and ’60s astounding wardrobe, Mrs Maisel stumbles into a career as a stand-up comic after the mother of two is left by her husband – usually I would say after a marriage breakup but it is set in the late 50s. It has won a lot of awards including a Primetime Emmy for period costumes, hair, and makeup. Some stand-out performances and clever encapsulation of social norms of the time and the social class that Midge Maisel (Rachel Brosnahan) and her parents, in-laws, and friends are part of.

The financiers of this show must have increased the budget after the initial success as the size of the production has grown with each season. The supporting cast includes a brilliant Alex Borstein as Susie Myerson, and Michael Zegen as Joel Maisel. Seasons one to four are available to watch on Prime.

The Lincoln Lawyer is a show based on a criminal defense lawyer working out of the back of his Lincoln car. In 2011 Matthew McConaughey played the role of Mickey Haller and this television series is a reboot. It’s a David E Kelly production based on the 2nd book in the series written by Michael Connelly.

Starring Manuel Garcia-Rulfo, Neve Campbell, and Becky Newton, there is a season two on the way.

The Lincoln Lawyer will hook you fast as the plot twists and turn. You can catch it on Netflix.

The Swimmers  (Not to be confused with the Swimmer, singular)

This movie is most definitely not a fun or light-hearted one.  It’s based on the story of two sisters, Yusra and Sarah Medini, who fled their war-torn home in Syria in 2015. They travelled through Lebanon and Turkey and then into a smuggler’s overcrowded inflatable headed across the Aegean Sea to Greece.

Engine problems meant that the sisters, both who had trained in Syria and were coached by their father, and two other people who could swim, saved the lives of all aboard the vessel. The scene where they walk through the mountain of life jackets left by those who have gone before them is heartbreaking. A year after this harrowing ordeal, Yusra competed in two events at the Rio Olympics as part of the refugee team.

It’s one thing to hear about people seeking to escape across oceans in little boats, but to watch it is another experience.

The Swimmers stars Nathalie Issa and Manal Issa who are real-life sisters and who had to learn to swim to make the film directed by Sally El Hosani. This is an important film that reminds us of the power of visual storytelling. Keep your tissues handy.

To celebrate Australia Day later this month, why not revisit some great Australian movies. Here is my quick, not comprehensive and not inclusive,  list to remind you;

The Dressmaker, “Well, I do have an unusual talent for bias cutting”. Kate Winslet, Judy Davis.