‘My favourite holiday spot for seniors who love to party’ 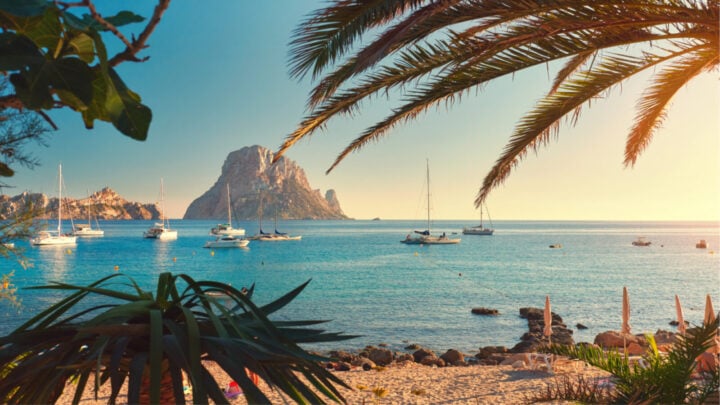 Brian has had some incredible holidays on the Balearic Islands. Source: Getty

The Mediterranean (or the ‘Med’, as it’s popularly known) has always been a favourite holiday destination for Europeans, especially those from the UK and Germany. The north coast of the Med is the most popular, lined as it is, from west to east, by Spain, Monte Carlo, Italy, Greece and Turkey, all very popular, though the further east you go the less safe it tends to be.

The southern coast line boasts Egypt, Libya, Algeria and Morocco, all beautiful places in their way, but very hot, due to their position, situated on the edge of the Sahara desert. These countries also have an unenviable reputation for being very dangerous at the present time. If you want adventure and danger fly off to the southern shore of the Med; if you want scenic beauty, good food and wine and comparative safety, the northern shore is the place to go. These days this northern area is aimed largely at the tourist, offering pubs, bars, restaurants and night clubs, as well as the beautiful beaches and warm, almost tideless sea. But for those who are more interested in the local people and the architecture, there is also plenty on offer for them as well, after all, much of the world’s early history originated here and plenty of it is still there to see!

Our particular favourite is at the western end of the Med, about 150 kilometres off the coast of mainland Spain, where you will find a group of small islands, generically named the Balearics Islands. There are three main islands, Menorca, Mallorca and the smallest of the three, Ibiza, with one more, really small one, Formentera just to the south of Ibiza. All of the islands are very Spanish, in a slightly old fashioned way, but with virtually all the benefits of the mainland, like low prices, good wine and wonderfully clear sea water. The people of the islands are hospitable, friendly and generally honest.

The environment of the islands appeals very much to the slightly more senior holidaymakers, (like Jacqui and me), who want to be able to relax while enjoying themselves, with everything pretty close to hand, not too expensive and above all, clean. There are wonderful bars right on the sand at most beaches, where one of the most popular drinks is Sangria – not the stuff you can buy in the booze shops here in Australia, which is little more than diluted cheap wine; the real Spanish beach-bar variety is much different. The barman makes it by taking a very large jug and going to every optic along the back of the bar and putting in a large shot from each, (maybe a dozen or more different spirits!), then he adds a fistful of ice and tops up with about a half-bottle of red wine and a short fizz of soda water, just to add sparkle to the whole. You are then given the jug and a couple of glasses to take back to your beach bed, where you can enjoy the contents at your leisure with your partner, reassured that the source is only a few meters away, for when you require a refill! We have found it quite difficult, on numerous occasions after a day on the beach to find our way back to our villa after indulging in a diet that is mainly Sangria!

You’re going to start thinking I’m a bit of an alcoholic reading this report on the Spanish Islands, but I’m not – we just let rip a bit when we’re away, and we’re very controlled about it too – we don’t rush about smashing the town up after we’ve had a few, I can assure you! But this reminds me of another favourite in the restaurants on Menorca – Pancakes with Whisky. The first time I tried this I thought I was going to get four or five pancakes that had had a splash of whisky poured over them. I was wrong! When the dish was set before me it did indeed, consist of four pancakes, but the ‘splash’ of whisky must have been at least a third of a bottle of Scotch, with the pancakes literally floating about in it! (Another evening when I found it difficult to get to our villa!).

Of course we spent many hours while we there, sun-bathing on the beach, exploring the small towns and enjoying both the scenery and the friendly Spanish people living there – the alcohol was a very small part of a series of extremely enjoyable holidays, just two hours flying time from England. It could sometimes take longer travelling from home to the airport, than the flight itself!

Have you ever visited the Balearic Islands?