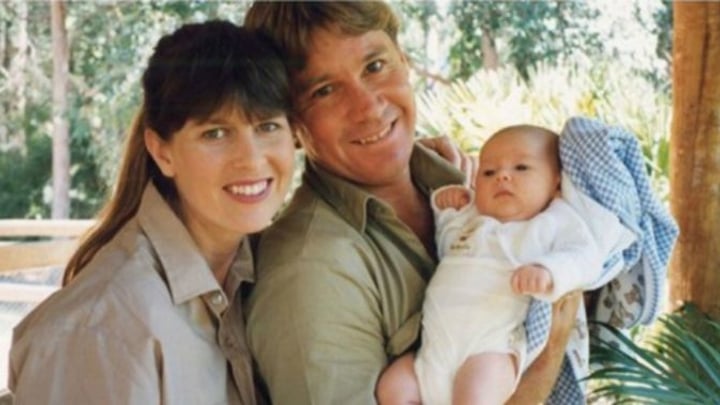 It’s been more than a decade since Steve Irwin tragically lost his life in a fatal stingray attack but it seems his widow Terri will never forget her beloved.

In a moving tribute on social media, Terri, 52, paid respect to the love of her life on what would have been their 25th anniversary.

Sharing a black-and-white snap of the couple kissing with a lizard perched on their heads, Terri shared her grief.

Today would have been our 25th wedding anniversary. I miss you so very much, and I am grateful every day for the time we had together. pic.twitter.com/Ztzoclhvyt

Originally from Oregon, USA, Irwin met  fellow conservationist Steve in 1991 when she was visiting wildlife rehabilitation facilities in Australia.

By chance, she stopped into Australia Zoo – back then it was called the Crocodile Environmental Park.

The pair even snapped a picture together on the first day they met and it didn’t take long before they were madly in love.

It was a whirlwind romance and the couple were engaged just four months after their initial meeting.

The pair took over Steve’s crocodile park together, renaming it Australia Zoo, and had two children – daughter Bindi, 18, and son Robert, 13.

Terri recently claimed they were hoping to have a third child just before Steve suddenly passed away.

He was killed in September 2006 when a stingray struck him in the heart as he was snorkelling in shallow water at Batt Reef, near Port Douglas, Queensland.

The proud father had been shooting scenes for the TV series Ocean’s Deadliest and his daughter Bindi’s program, Bindi the Jungle Girl.

Last year, the grieving widow revealed she still holds a torch for her lost husband and told The Australian Woman’s Weekly she hadn’t been on a “single date” since Steve died.

“If I hadn’t met Steve, I probably would never have married because I wasn’t looking for love when I met him. What we had was incredible,” she said.

While romance rumours have plagued the conservationist as of late, linking her to Steve’s mate, actor Russell Crowe, both she and daughter Bindi have denied it.

Bindi told Access Hollywood her mum was still very much “married to dad”.

“If you’ve found your soulmate you don’t really want to move on, and mum had her soulmate,” she said.

Do you believe in soulmates? Have you lost someone you love?