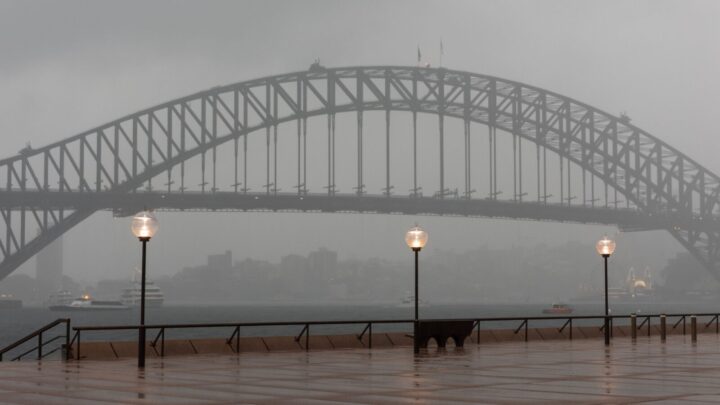 Major flooding, similar to the 2021 floods, is expected along the Hawkesbury and Nepean rivers. Source: Getty

Several suburbs in greater Sydney has been ordered to evacuate their home as severe weather warnings were issued for damaging wind and “life-threatening” flash flooding.

In the last 24 hours, the State Emergency Services have already received 3166 calls for help and issued more than 20 evacuation orders to thousands of residents overnight.

55 hospital patients in the northern New South Wales town of Ballina have been evacuated and taken to a makeshift emergency facility at a nearby school.

“This is our worst fear. We are seeing the situation get worse. And it will get worse before it gets better,” NSW Deputy Premier Paul Toole told media on Monday evening, February 28.

“Early tomorrow morning and throughout the day, we could see severe thunderstorms bringing heavy rain, damaging winds and possibly even large hail,” the Bureau of Meteorology’s Dean Narramore said on Wednesday, March 2.

“We could see widespread 50-100mm in this part of the world, with isolated totals in excess of 200m,” he said.

“These totals will likely, particularly around the 200mm mark, lead to life-threatening and dangerous flash flooding.”

Know your weather, know your risk. For the latest forecasts and warnings, go to our website https://t.co/XaTtI3QlwZ or the #BOMWeather app. pic.twitter.com/U9rUW388DH

The severe weather warning extends from Newcastle to the South Coast with flood alerts for Hawkesbury and Nepean Rivers, where major flooding is expected on Thursday, March 3.

NSW Emergency Services Minister, Steph Cooke, said that “Sydney is on high alert” and is urging people to comply with evacuation orders, stating that “the next 24-hours is absolutely critical.”

NSW Health has also said people who are isolating due to Covid-19 need to evacuate their homes if they are in an area that is ordered to evacuate, saying “under no circumstances should you remain in self-isolation at your residence.”

In the flooded city of Lismore in northern New South Wales, one home has caught on fire despite water reaching up to the eaves, and death tolls continue to rise with four fatalities confirmed in the region’s flooding event.

Sadly, 7News has reported that two women in their 80s and a man in his 70s were found dead in their flooded homes, while another man’s body was found floating down a Lismore street.

82-year-old, who founded Lismore’s annual The Cedar Guitar Country Music Festival, died when flooding swept Lismore so quickly that she was unable to escape her home.

Her neighbour had found her body in South Lismore on Tuesday, March 1, after Graham’s friends welfare check led to a search of the home.