‘You are one of a kind’: Hugh Jackman commends ‘friend’ Roger Federer’s emotional Laver Cup match 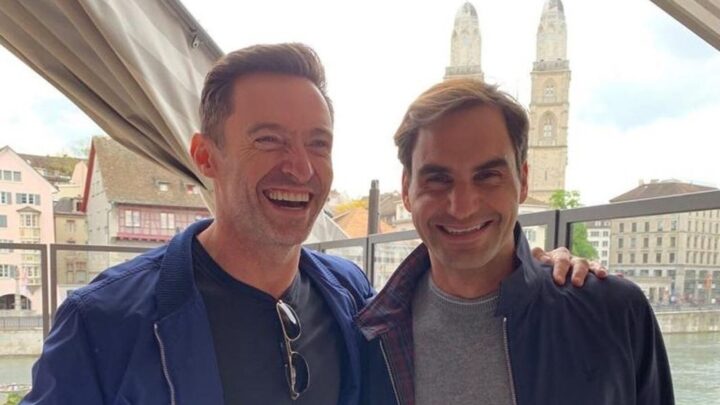 Following Roger Federer’s devastating loss at his last ever professional tennis tournament at Laver Cup, Australian actor Hugh Jackman has sent a message of support and “gratitude” for his “friend”.

Taking to Instagram, the Swiss legend shared a series of photos taken at the 2022 men’s tennis tournament where he played for Team Europe alongside Spanish tennis star Rafael Nadal.

“It was a magical evening yesterday. Thank you again to all the players and fans who were here to share this moment. It meant the world to me,” Federer had captioned his post.

Federer, who had initially hoped to have one last win before wrapping up his illustrious sporting career, had his dreams crushed after US tennis player Frances Tiafoe defeated Stefanos Tsitsipas, giving Team World a 13-8 victory over Team Europe and ultimately ending Federer’s tennis career with a loss.

Federer’s comment section was quickly flooded with words of support and praise from fellow athletes and well-recognised public figures.

“Don’t act your age in retirement @rogerfederer. Act like the inner young person you always have been,” Greek tennis player Stefanos Tsitsipas commented.

“Happy for you, Roger. All our love and best wishes for the next chapter in your life. Thanks for the memories,” the official account of the Australian Open wrote.

“A truly fitting celebration of your career,” added the Wimbledon account.

But one of the sweeter comments comes from that of Hugh Jackman, calling his friend an “extraordinary man” and praised him for his “humility”.

“My friend. Congratulations! I saw your speech last night You are one of a kind. An extraordinary man – who has gracefully shown humility to all around you. I hope you can take in the gratitude that millions and millions, including me, have for you. HJ,” the actor wrote.

This is the second time Jackman has commented on his support for the tennis legend following his shocking retirement announcement.

Soon after Federer shared his farewell video on Instagram, Jackman left a sweet response, writing “You have left your indelible, unmatched stamp on the sport of tennis. Thank you! Love HJ.”

The pair’s friendship blossomed back in 2020 when many parts of the world had undergone lockdown due to the Covid-19 pandemic.

At the time Federer had invited other tennis professionals and celebrities, including Jackman, to show off their lockdown home training routines.

Not one to turn down a challenge, Jackman proceeded to share a video of himself climbing up 15 floors in his New York City home.

“We don’t have a tennis court in NYC. But, we do have a lot of these… @rogerfederer  #trainingathome” Jackman had captioned the video, to which Federer responded with “Wolverine is always in beast mode. 15 floors, babeh!”

Federer dominated men’s tennis alongside Rafael Nadal and Novak Djokovic who collectively became known as the Big Three, the three most successful male players at the time.