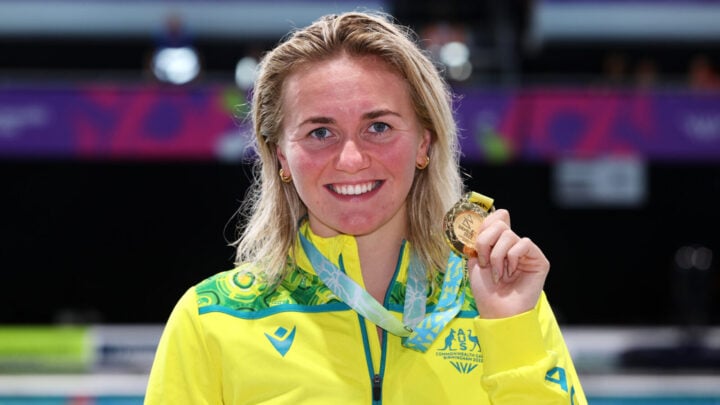 Australian swimmer Ariarne Titmus has secured her fourth gold medal in the 400m freestyle final at the Commonwealth Games, scoring a rare accomplishment of a triple freestyle win with record times.

As reported by The Sydney Morning Herald, Titmus said she didn’t “have any expectations” going into the race.

“I’m really happy. This meet was more about coming here and having fun and racing. I’m happy to get the job done, she (McIntosh) pushed me the whole way, I knew she would be there,” Titmus said.

“The back half of this program has been really challenging with the 800m last night. I didn’t really have any expectations, I just wanted to do my best and mentally be there. I think I did that.

“In Australia, we pride ourselves on success in the pool at the Commonwealth Games. It feels like there is more pressure here to win than the Olympics sometimes. Performing under that pressure is tough; I felt the expectation, especially after last year.

“I’m excited to get the job done for me and for the country. I definitely got pushed more than I did on the Gold Coast (2018) but that’s great, it means the sport is moving. I’m not really one of those youngsters that is up and coming anymore, I guess, they are chasing me.”

Australia has been continuously making waves at the Commonwealth Games, successfully taking home gold in the pool.

Fellow Olympic swimming champion Kyle Chalmers won another gold medal at the Games in Birmingham on Monday, August 1, having smashed out the men’s 100 metres freestyle in 47.51 seconds.

Following her triumphant victory in the butterfly final, McKeon told reporters that she was pleased with her performance.

“I feel great. I think that was my 13th race. I’ve been counting since I got to halfway and that was on day two,” she said.

“That’s my first international medal in the 50 fly and my main focus is the 100 fly and it’s good to know I have that speed.

“The 50 fly is about keeping your stroke and getting your hand on the wall first.”

It seems McKeon has no plans to slow down either as she affirmed her commitment to competing in the Paris Olympics in 2024.

“I am going through to Paris for sure,” she told 7 News.