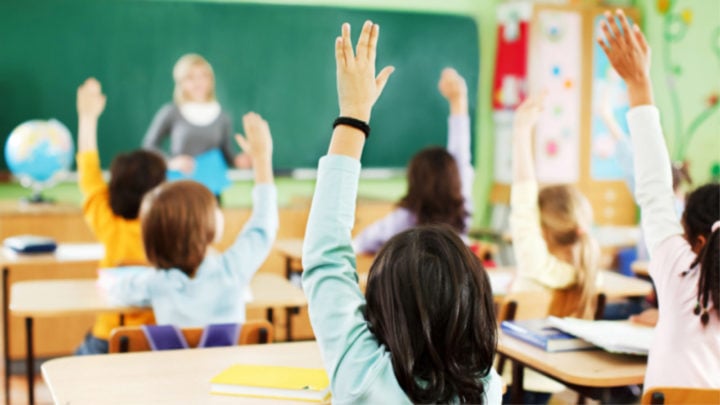 The days of smacking a student’s knuckles with a cane for punishment may have gone out of the window years ago but one frustrated woman has claimed schools are now going down the wrong path by turning kids into “self-soothing sissies”.

In a column written for The Telegraph journalist Julie Burchill hit out at the British education system for implementing yoga and meditation into the daily routine saying schools are “wasting their time” with the newfangled ideas, which are also common in many Australian schools.

Pointing an accusing finger at teachers and the education department, Burchill said schools are focusing too much on creating a safe and kind place and not enough time on pushing kids to do their best.

Using an example from one school in the UK, the journalist explained some schools are going as far as creating whole weeks dedicated to mindfulness with yoga, self-esteem workshops and visualisation exercises where children learn about how to be kind.

“When are school wasting their time with this?” she questioned. “It’s not like there’s a problem with teacher drop-out-rates or the amount of children leaving school not able to read, spell or punctuate properly. The word educere meaning ‘to lead out’ – why are tots now being coaxed to be self-soothing sissies?”

Burchill then went on to say how she believes schools are prioritising all the wrong things in the education system as if they are afraid to hurt children’s feelings. She said there is no more getting children to step outside their comfort zones and take risks for fear it would all become too much for the “little snowflakes”.

“The motto of that North Yorkshire school is ‘Be Safe, Be Kind, Be Your Best’ — I’m not sure prioritising being safe and kind above all is compatible with being our best,” she continued. “But I suppose ‘Take Risks, Be Tough’ might upset our little snowflakes in waiting.”

This isn’t the first time schools have been accused of creating “snowflakes”. Last year Australian Academic Dr Kevin Donelly hit out at schools claiming they are becoming too politically correct.

“We’ve got a very crowded, politically correct curriculum and we’re not spending enough time on the basics,” he said.

“It’s all care, share, grow, you don’t fail anyone. Teachers have to write pages and pages of reports about students and it’s really difficult for parents to know the standard.”

Afraid the education system is on a downwards spiral, Donelly said there needs to be more discipline around grading. According to the academic, schools are too concerned about how children will react if they fail a subject instead of teaching what is necessary, such as maths, English and science.

What are your thoughts on this? Are schools too soft on ‘soft skills’ nowadays?