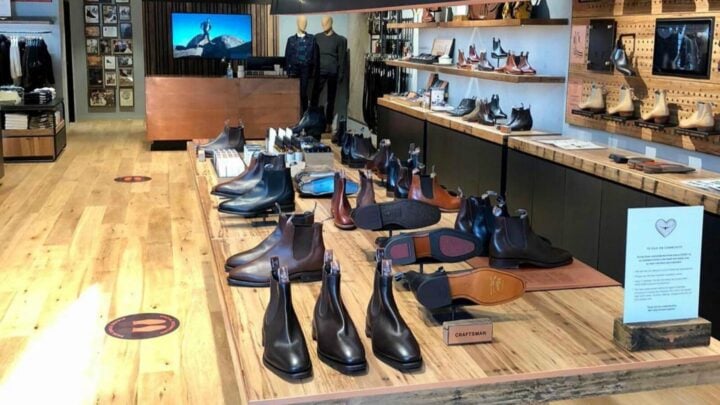 RM Williams is officially Australian-owned once again after mining magnate Andrew ‘Twiggy’ Forrest recently bought the iconic bootmaker. The much-loved brand was started in 1932 by Reginald Murray Williams and has been an Aussie icon ever since.

Forrest’s investment fund Tattarang, which he owns with wife Nicola, announced the news on Monday. It’s reported Forrest bought the 88-year-old company from private equity firm L Catterton in a deal believed to be worth $190 million.

According to The Sydney Morning Herald, the multi-billionaire and his wife are “incredibly proud and humbled” to now own the brand.

“It always rankled a bit that this great Australian, Reginald Murray Williams, kicked off this fantastic organisation, employed so many people, and then it had to go to overseas hands,” he said.

“I’m so glad it’s now back, and I’d have to say the [Forrest] family has a big solid lump in its throat about returning RM Williams back to Australia.”

“The RM Williams team and I look forward to Andrew and Nicola’s stewardship as we enter the next exciting phase of surprising and delighting our consumers with hand-crafted products made in Australia,” he said.

As part of the deal, Australian actor Hugh Jackman will pocket $10 million as he stays on as the brand’s global ambassador. To celebrate the partnership a cheeky new ad starring the actor, which sees Jackman strip down to nothing but a pair of RM Williams, was recently launched.

Many Aussies have since taken to social media to share their excitement, with one writing: “I’m glad that the company is in Australian hands. They have fine Australian-made products. I have several pairs of boots and several belts.”

Another added: “Yep nice work Andrew Forrest. That’s what we want to see..bring back what’s ours! Congratulations!”

While a third wrote: “Great news that the iconic RM Williams has been purchased by Australians Andrew & Nicola Forrest. The company is no longer in foreign hands.”

“Say what ya want about Andrew Forrest, puts his money in the right spots for Australia! Welcome home RM Williams,” another Twitter user commented.

What are your thoughts on this story? Are you happy it's Australian-owned again?