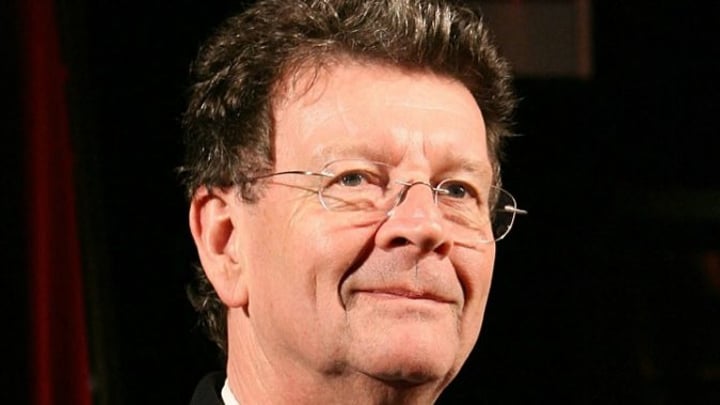 Red Symons has returned to radio for the first time since the death of his son. Source: Getty

It’s been just over two weeks since the 27-year-old died and Symons sat down with Neil Mitchell to discuss the impact Samuel’s death has had on the family. Mitchell explained that fans had sent letters and messages for the Skyhooks star, while Symons praised Mitchell for breaking the news that Samuel had died with grace, dignity and constraint.

An emotional Symons said he was overwhelmed by the outpouring of support from fans and that his son’s death had come after a series of health battles since he was first diagnosed with cancer at the age of four. He also explained that he was going to pay tribute to his beloved son with a eulogy.

“Samuel, I have always loved you,” he said, fighting back tears. “I will always love you. I shall always have you. Just that. Nothing more.”

He described his son as “remarkable in his own way” and that despite coming to terms with the fact that Samuel would die at a young age, he remained on earth for a further two decades.

“Twenty years later, he’s got a master’s degree,” he gushed. “He’s the most qualified person in the family.”

He spoke about his son’s legacy and said that there was no better place in Australia to get sick than in Melbourne.

“I used to have an ironic observation which is simply a truth: there is no better place to get sick than Melbourne, Australia,” he said. “He is living – non-living – evidence of that. If he had what he had 50 years, 20 years earlier, he wouldn’t have lasted past four.”

He thanked all the hospitals for their support throughout Sam’s life and said that giving back was also part of his son’s character. Symons also said that he’d discussed death with his son.

“I crossed a line with Samuel which, in some culture, is not something you do,” he admitted. “I asked him how do you feel about death. This was when death was looming, two or three weeks before he died. He said, ‘I don’t worry about death because it’s been part of my life.’”

On October 3, it was revealed that Samuel had passed away after his lifelong battle with cancer. In the later stages of his life he had been receiving treatment after the recurrence of the aggressive tumour. The family released a statement on 3AW, remembering Samuel as a “beautiful son”.

Read more: Heartbreak for Red Symons as his son dies from cancer at age 27

“It is with the deepest sadness Red announces the passing of his beautiful son Samuel Symons. Samuel passed peacefully overnight surrounded by his family,” they said. “We ask that you please respect the privacy of Red and his family at this very sad and difficult time.”

Do you have a message for Red Symons and his family?