Good news! Polly Waffle set to return to shelves after more than a decade 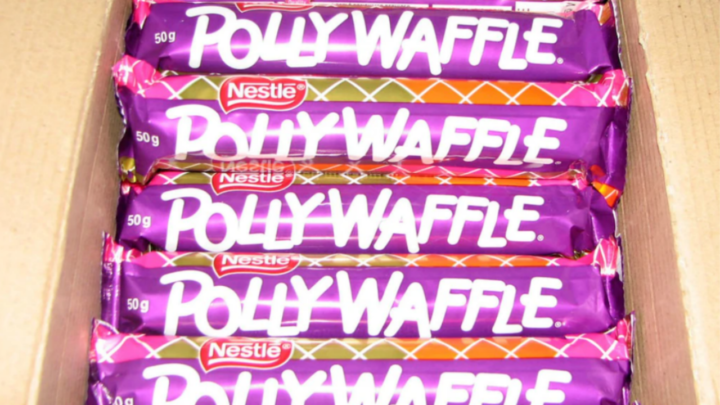 The much-loved Aussie chocolate bar is set to return to supermarket shelves after a ten year hiatus.

It’s been more than a decade since iconic Australian chocolate bar, Polly Waffle, was taken off our shelves, and now the delicious log of marshmallow goodness is set to rise from the dead.

Last year South Australian confectioner Robert Menz revealed their plans to revive the much-loved chocolate bar, promising that the humble Polly Waffle would make a return to supermarket shelves “soon”. It’s since been revealed that Robert Menz is one of the beneficiaries of the Federal Government’s Manufacturing Modernisation Fund – which was set up to pump almost $50 million into manufacturing projects to create new jobs during the coronavirus pandemic.

The South Australian choccie-makers will receive $1 million from the fund and production is now being fast-tracked, with the bar set to make a return in early 2021. The marshmallow and water-filled Polly Waffle was pulled from the shelves by Nestlé in 2009, causing a major uproar among Aussies, before being acquired by Robern Menz in 2019.

Robern Menz CEO Phil Sims told 7News last year that bringing the beloved bar back would not an easy or quick process.

“Polly Waffle is a unique chocolate bar, and although it may sound simple enough – with its combination of chocolate, wafer and marshmallow – it actually requires a number of fairly complicated processes to create,” he said at the time.

Fans of the iconic bar chocolate have been quick to express their excitement about the announcement.

“That news has just made my whole month,” one user commented on a post shared by 7News. “They are my absolute favourite.

“As we face the coronavirus pandemic and look to come out the other side stronger, this investment will be more critical than ever,” she said.

Are you a fan of the Polly Waffle?