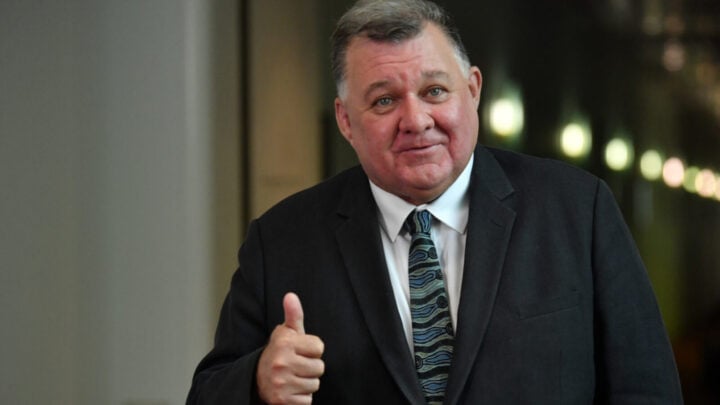 Craig Kelly is supporting a Bill which will ban his mass spam texts. Source: Getty

Craig Kelly, Leader of the United Australia Party, and Federal MP for Hughes, has recently become a national name. Not for his fiscal policies. Nor for his cheeky wit on news programmes; but rather, for his prominent appearances in your phone as a regular text message sender to Australians. Now, Kelly has put his name out there again – not as you’d guess to the most recent spam text invading your inbox, but towards supporting proposed new legislation to ban the very spam texts he has become notorious for.

A new bill, introduced by Independent Federal MP Rebekha Sharkie, is titled Unsolicited Political Communications Legislation Amendment Bill 2021, and is targeted directly at some of the most recent marketing that UAP has been conducting, contacting you via your mobile.

This new legislation comes after Kelly authorised millions of text messages to be sent from United Australia Party, regarding the trustworthiness of other political parties, and Covid-19 vaccines efficacy.

Sending text after text, Australians across the country were infuriated by the breach of their privacy, in receiving what some have labelled as a “plague of SMS spam messages”.

According to Sharkie’s press release on the matter, this bill “would allow Australians to unsubscribe from unsolicited electronic communication from political parties and effectively stop MPs such as Craig Kelly, or any other politician, from bombarding mobile phones with unwanted texts”.

You’ll notice, Sharkie named Craig Kelly as the primary cause for the bill’s introduction. Any one would assume that Kelly would be offended and shocked by this, staunchly opposing the proposed legislation that, should it be successful, will effectively neuter his current marketing campaign. Did he? He did not.

Throwing his support directly behind Sharkie’s bill, Kelly stated: “I think it’s a good idea, all the United Australia Party has called for is a level playing field, that’s all we want.”

“We want to make sure whatever the rules are that both the major political parties we get to compete with them under the same rules,” he said.
Kelly has also shared that he believes there has been a media storm around the spam texts – and one which falsely misrepresents the general sentiment toward his unsolicited messages, saying: “To be honest, it is a microsecond swipe of the finger that deletes the text message so there is a lot of beat-up about this and you know everyone gets countless spam emails across their computer. I know how they do become annoying, but again, you wipe them out it takes you a microsecond to wipe the things out if you don’t want to read them.”

Sharkie says that this ability to delete the messages is not the issue, but rather, that an opportunity for the public to opt-out of that unsolicited engagement with UAP and other political parties is made available.

Currently, the laws regarding spam texts, calls and emails prohibit calls and texts with no purpose, no solicitation, and no opt-out opportunity for all marketing and other organisations.  Charities, governing bodies, politicians and political parties have free reign to do what they please.

This new bill seeks to change that, and the Australian public is excited.

Happy Friday to everyone but Craig Kelly

Do you think this is a counterintuitive move from Craig Kelly?