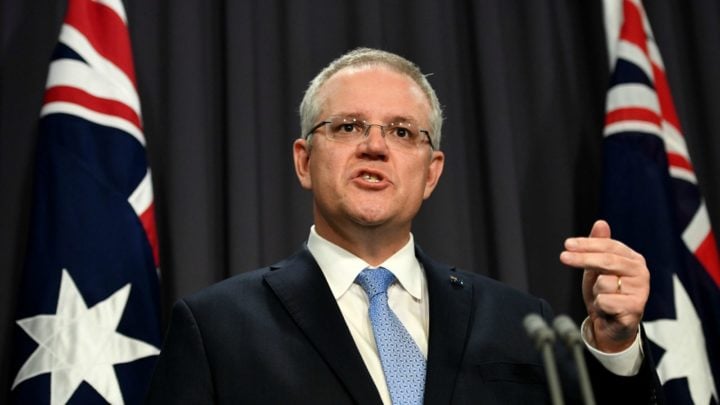 Prime Minister Scott Morrison has come under fire for releasing a short clip about his government’s response to the catastrophic bushfires.

The 50-second video, authorised by the Liberal Party, is set to an upbeat musical backing track and features shots of the prime minister visiting fire-stricken communities.

“We’re putting more Defence Force boots on the ground, more planes in the sky, more ships to sea, and more trucks to roll in to support the bushfire fighting effort and recovery as part of our co-ordinated response to these terrible #bushfires,” he captioned the video.

We’re putting more Defence Force boots on the ground, more planes in the sky, more ships to sea, and more trucks to roll in to support the bushfire fighting effort and recovery as part of our co-ordinated response to these terrible #bushfires pic.twitter.com/UiOeYB2jnv

The video has received a lot of criticism online, with many social media users accusing the Morrison government of using the bushfires as a political stunt.

“Why do you need an ad?” one commentator questioned. “This isn’t a political campaign. How disgusting and disrespectful to everybody hurting so badly in this crisis. Where is your heart?”

“This is one of the most tone-deaf things I’ve ever seen a country’s leader put out during a crisis,” he wrote. “Shameless and shameful.”

Former prime minister Kevin Rudd was also critical, saying: “For God’s sake! On a day we have catastrophic fire conditions, in the midst of a genuine national crisis, Morrison, the marketing guy, does what? He releases a Liberal Party ad! He is no longer fit to hold the high office of prime minister.”

Morrison has since defended the ad, saying: “The video message simply communicates the Government’s policy decisions and the actions the Government is undertaking to the public.

“The same practice is rightly employed by the Leader of the Opposition and the Labor Party. This is required and standard practice in Australia.”

Meanwhile, earlier in the day it was announced Morrison had cancelled official visits to India and Japan. The move comes after the prime minister was widely criticised for taking a Hawaiian holiday during the crisis last month.

At the time, Morrison expressed his regret at any offence caused to any of the Aussies impacted by the bushfires and said he’s been receiving regular updates on the disastrous fires back home and the White Island tragedy in New Zealand.

“Given the most recent tragic events, I will be returning to Sydney from leave as soon as can be arranged,” he said.