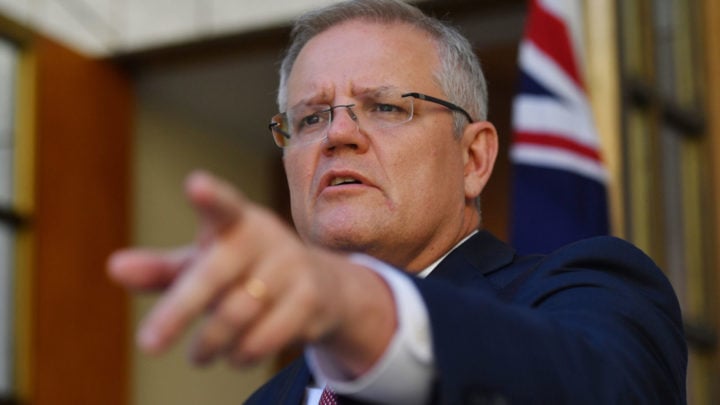 The prime minister and treasurer unveiled the new package this morning. Source: Getty.

Those in receipt of the Age Pension will receive an additional payment of $750 as part of a second economic stimulus package announced this morning by the prime minister and treasurer.

Speaking this morning, Josh Frydenberg outlined a number of measures set to benefit older Australians, including the additional payment for those on income support, which will be paid out from July 13. The treasurer also announced that deeming rates would be slashed by a further 0.25 per cent, while the Jobseeker payment – formerly Newstart – will be effectively doubled for the time being, taking the maximum fortnightly sum to around $1,100.

The new measures form part of a $66 billion economic stimulus package that was unveiled today, as Scott Morrison warned that there are “many hardships and sacrifices” coming and vowed to save as many jobs and businesses as possible as the crisis continues to impact the country’s economy.

“We’re a strong people,” he said. “And in the months ahead, we’re going to find out just how strong we are. We cannot prevent all the many hardships, all the many sacrifices that we will face in the months ahead. And while these hardships and sacrifices may break our hearts on occasion, we must not let them break out spirit, and we must not let them break our resolve as Australians.”

Among other measures, the new package also includes payments of between $20,000 and $100,000 for small business and charities, to help them retain staff throughout the current climate. While retirees will also have more flexibility when it comes to cashing out their superannuation as drawdown requirements are being lowered from 4 to 2 per cent for this year and next.

In addition to economic measures, Scott Morrison also urged Australians to cancel all non-essential travel within the country, as the number of confirmed cases across Australia surpassed 1,000 overnight. Essential travel is defined as anything related to work or health care, and activities required to “keep Australia running” such as going to the shops.

It comes after Sydney’s Bondi Beach was closed after thousands of Australians flouted social distancing guidelines to gather on the beach on Saturday.

“To fight the virus, we need you, more than anyone, ” the PM said this morning. “We need you to comply with the healthy distancing measures that we have put in place.

“What happened at Bondi Beach yesterday was not okay and served as a message to federal and state leaders that are not taking these issues seriously enough.”

In addition to the updated travel advice, Morrison hinted that localised lockdowns are coming and said that will be the key focus of the newly-formed national cabinet which is set to meet this evening.

This latest package takes the country’s entire economic response to a total of $189 billion, which is around 10 per cent of GDP. The overall response includes the actions of the Reserve Bank earlier this week, and the government’s previous $17.629 billion stimulus package.

It comes almost two weeks after the prime minister and treasurer unveiled the first economic stimulus package worth $17.629 billion, made up of six key measures including a one-off cash payment for welfare recipients, and a reduction to the lower and upper deeming rates in line with the Reserve Bank’s decision to lower the cash rate.

The one-off lump sum of $750 will be paid to a total of 6.5 million Australians, including more than 2 million Age Pensioners, and will begin to flow into the accounts of eligible people from March 31. The second payment announced today will then be paid out almost four months later, from July 13.

It is also being reported that there could still be a third stimulus package later in the year, depending on the extent of the virus and its impacts on the economy.

Do you think this economic package is enough?