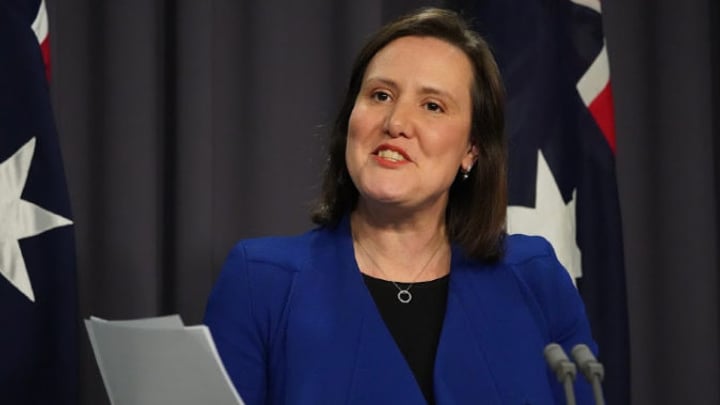 According to a report in The Australian, the Aussie politician slammed her own party on Monday, taking a brutal swipe at Victorian Liberal president Michael Kroger in particular.

O’Dwyer reportedly called for Kroger to stand down from his position during a meeting of Victorian federal Liberal MPs, which was also attended by Prime Minister Scott Morrison. She placed blame on Kroger for the Liberal Party’s shocking election loss, which saw Daniel Andrews claim an overwhelming victory over Matthew Guy.

Her comments were not met with support from fellow Liberal party members, however, according to The Australian the Liberal Party will still look for a suitable candidate to replace him.

Just hours after O’Dwyer’s speech, fellow Victorian MP Julia Banks announced she had quit the Liberal Party in a stinging resignation letter that took aim at the party’s attitude towards women.

“Often when good women ‘call out’ or are subjected to bad behaviour – the reprisals, backlash and commentary portrays them as the bad ones; the liar, the troublemaker, emotionally unstable or weak, or someone who should be silenced,” she said.

“To those who say politics is not for the faint hearted and that women have to ‘toughen up’ – I say this: the hallmark characteristics of the Australian woman (and I’ve met thousands of them) be they in my local community, in politics, business, the media and sport – are resilience and a strong authentic independent spirit.”

Banks’ resignation puts the government in a difficult position in the House of Representatives, where it only holds a small majority. Banks said she has assured the prime minister he will have her full support on any future votes in the house, but will reconsider her political career in the new year.

O’Dwyer’s comments and Banks’s resignation are a blow to the government as it stares down the barrel of an election year facing poor poll results and an increasingly fractured party.

On Tuesday, Morrison gave the clearest indication yet that a federal election will be held in May, 2019 after announcing he and federal treasurer Josh Frydenberg would deliver the budget on April 2, a month earlier than the traditional May delivery.

The government’s hope for victory relies heavily on its popularity in Liberal-held states NSW and South Australia and its ability to rally votes over the next five months.

What do you think of Kelly O’Dwyer’s comments? What are your thoughts on the Victorian election results?