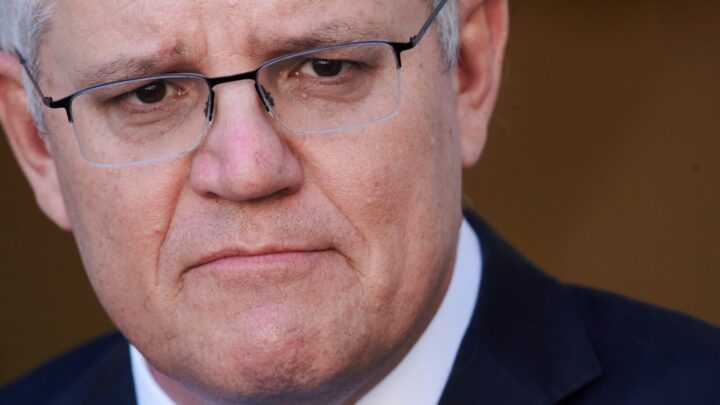 The recognition from both houses reposed to the first of 28 recommendations of the workplace review conducted by Sex Discrimination Commissioner Kate Jenkins.

Former Liberal staffer Brittany Higgins, whose sexual assault allegations in the ministerial office back in 2019 led to the inquiry, was among those in attendance to witness Morrison’s statement.

House of Representatives Speaker Andrew Wallace gave a formal statement preceding Morrison’s address, acknowledging that Parliament had failed to serve as a model workplace for the nation.

“We acknowledge the unacceptable history of workplace bullying, sexual harassment and sexual assault in Commonwealth parliamentary workplaces,” he said.

“This issue is of the greatest importance and the responsibility of all people who work in this place. Any bullying, sexual harassment and sexual assault is wrong.”

Prime Minister Scott Morrison then rose to deliver the landmark formal apology, recognising Higgins’s attendance and noting her  “courage is the reason we are all here today.”

“I am sorry. We are sorry. I am sorry to Ms Higgins for the terrible things that took place here. And the place that should have been a place for safety and contribution turned out to be a nightmare,” he said.

“I am sorry for far more than that.”

Morrison stated the exploitation of the “power imbalance” in Parliament had caused “terrible traumatic and harrowing experiences.”

“This has to change, it is changing, and I believe it will change,” he said.

“Parliament cannot be a place of cruelty, nor can it be a place where instability towards each other is some approving of strength.”

Morrison also promised at the apology was “only the start,” saying he was “determined that we deliver the outcomes of the Jenkins review” and that parliament was “working together toward implementation” of the review’s recommendation.

According to SBS News current and former politicians and staffers were among the 1,723 people, the majority of whom were women, that contributed to the review – which involved nearly 500 interviews.

It is also recommended in the review that all parties need to push for gender parity in order to change parliaments workplace culture; The creation of a new code of conduct for MPs and their staff, and the set up of independent complaints body would also go a long way.

Opposition leader Anthony Albanese says the Jenkins report is a reminder of Parliament’s obligation to lead by example.

“No word any of us says in here is worth a thing if it does not lead to action,” he told Parliament.

“We can make a difference but it would take real and sustained effort to create the lasting cultural change that we need.”

The Federal Government has now established a task force to work through addressing the report’s recommendations.

“We must and we can, and we will do better,” Morrison said.

“I am determined that we deliver the outcomes of the Jenkins review and make our Commonwealth parliamentary workplaces safer for everyone.”