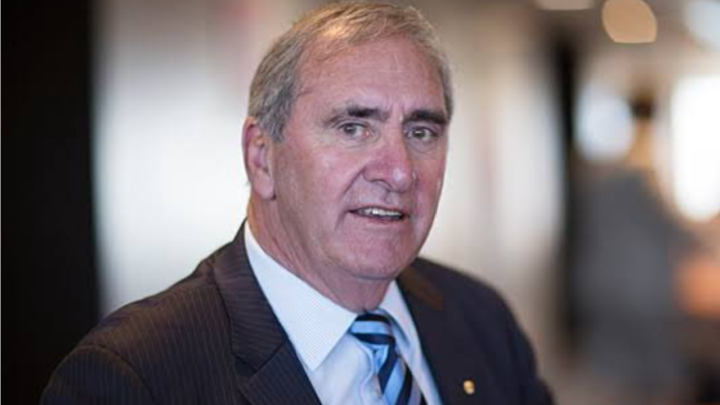 The respected politician, who emigrated from New Zealand as a child, was elected as State Member for Camden in 1984, before making the move to federal politics in 1996 when he was elected to the House of Representatives as the member for Macarthur, where he served as Finance Minister in the Howard Government. He dedicated 17 years of his life to politics before retiring in 2001.

Fahey will also go down in history as the man who acted to protect Prince Charles when David Kang fired two shots at the heir to the throne on Australia Day in 1994. Fahey wrestled the anthropology student to the floor along with Australian of the Year Ian Kiernan.

“My thoughts are with John’s wife Colleen, his children and grandchildren. I have spoken to Colleen to pass on my condolences and offer a State Memorial Service,” the premier said in a statement.

“Personally, I am grateful for John’s support and encouragement. He has always been a wonderful role model to generations of Liberals. His contribution to the State and Nation will leave a lasting legacy.”

Fahey is perhaps best known for his ecstatic reaction to the news that Sydney had won its bid to be named the host city for the 2000 Olympics.

Tributes flooded in for Fahey following the news, with ABC News Breakfast host Michael Rowland tweeting: “Former NSW Premier John Fahey has died at the age of 75. He was a great character and a decent man.”

Berejiklian wrote on Twitter: “Former Premier John Fahey was a kind, decent person dedicated to his family and fought for equality and opportunity for all. A wonderful mentor and role model. He will be sorely missed.”

Former Premier John Fahey was a kind, decent person dedicated to his family and fought for equality and opportunity for all. A wonderful mentor and role model. He will be sorely missed. pic.twitter.com/XNuUnarP6s

While NSW Senator Kristina Keneally said: “My heartfelt condolences to John Fahey’s wife Colleen, his children, and grandchildren. As a NSW Premier, a federal minister, and later as President of the World Anti-Doping Authority and Chancellor of Australian Catholic University, John lead a life of generous public service.”