Move over ScoMo: Australia’s ‘most trusted’ pollie revealed ahead of election 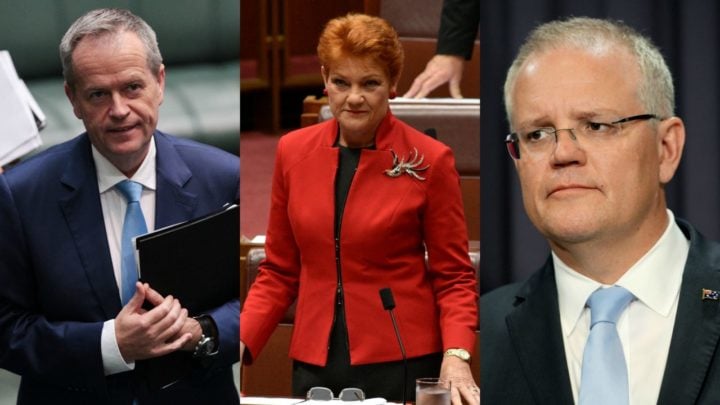 With just over one week to go before voters make their way to polling stations across the country to have their say in the federal election, a new poll has revealed just how much Aussies actually trust leading politicians.

Surprisingly, the results revealed that the politician who is held in the highest regard by Australian voters isn’t even an Aussie, as New Zealand Prime Minister Jacinda Ardern came out on top. With a score of 77, Ardern emerged as the most dependable elected representative, with respondents also marking her the highest when it comes to ‘integrity’.

A total of 1,400 Australians took part in the study conducted by research company Millward Brown. They were asked to give 12 politicians – including the leaders of the LNP, Labor, One Nation, Greens and the United Australia Party – a score out of 100.

The scores were given in accordance with each politician’s performance in six areas; relevance, integrity, shared values, commitment, affinity and follow through.

Labor’s Anthony Albanese was the highest scoring male pollie, with a total of 46, followed by Greens’ leader Richard Di Natale with 45.

And it wasn’t good news for current Australian PM Scott Morrison as he, along with the Opposition Leader Bill Shorten, were trumped by One Nation leader Pauline Hanson.

Morrison, who replaced Malcolm Turnbull as leader of the Coalition in August last year, scored just 43 overall, while Shorten bagged a total of 42. However Queensland Senator Hanson pipped them to the post with 44.

Clive Palmer ranked the lowest with a score of just 30, with Home Affairs Minister Peter Dutton scoring slightly higher on 34 and former PM Tony Abbott, who is currently embroiled in a tense battle to retain his seat of Warringah, on 36.

The poll also quizzed Australian voters about who their preferred prime minister would be, with Jacinda Ardern excluded from this question. However, a quarter of respondents said they wouldn’t choose any of the leading politicians.

It was former politician Julie Bishop, who stepped away from politics earlier this year, who fared best in this question, securing 14 per cent of the vote, followed by Shorten with 12 per cent and ScoMo with 11 per cent.

Earlier this year, a separate online poll revealed that an overwhelming majority of Australians named “true leader” Ardern as their number one choice to lead Australia.

The survey, published on Twitter by The Project panelist Hamish Macdonald in March, posed the question: “Australia, who is your preferred PM?” Respondents were then given three options to choose from; Jacinda Ardern, Scott Morrison or Bill Shorten.

An incredible 81 per cent of respondents opted for Ardern, who was elected as New Zealand’s third female leader in 2017.  Opposition leader Bill Shorten came in second place with 15 per cent of the vote, followed by ScoMo with just four per cent.

What are your thoughts on this story? Do you trust politicians? Who would you vote as the most reliable?