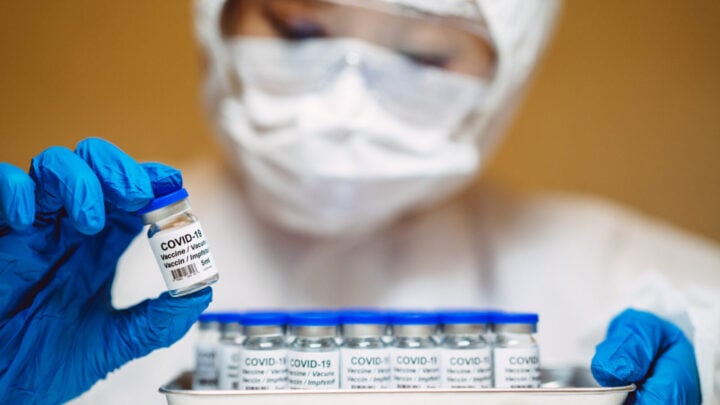 The UQ-CSL vaccine was one of five vaccines supported by the Federal Government. Source: Getty.

Prime Minister Scott Morrison has confirmed this morning the Covid-19 vaccine developed by the University of Queensland (UQ) in partnership with global biotech company CSL will be abandoned. Speaking to the press on Friday morning, Morrison said the decision was made after a number of participants reportedly returned false positive HIV test results.

“I think today, and the decisions we’ve taken, should give Australians great assurance that we are proceeding carefully, we are moving swiftly, but not with any undue haste here,” Morrison said, The Guardian reports. “At the end of the day, the Therapeutic Goods Administration — like with any vaccine in Australia — must have their tick-off. Without the tick, there’s no jab when it comes to vaccines in this country.

“We’ve all had vaccinations at various times in our lives. I have. My children have. And we take those vaccines in great confidence of the system that we have here in Australia. What you’re seeing here is the system at work, protecting Australians, and making good decisions in the public health interest. So that’s why we were so keen to keep Australians up to date here this morning – so you know where we’re at. But the truth is, we’re on track. The system’s working as it should. And Australians are protected, as always.”

Meanwhile, in a statement on Friday morning, CSL said it would not progress with trials for the Covid-19 vaccine.

UQ vaccine co-lead Paul Young said although it was possible to re-engineer the vaccine, fixing the vaccine would have set back development by another 12 months or so.

“While this is a tough decision to take, the urgent need for a vaccine has to be everyone’s priority,” he said.

“I said at the start of vaccine development that there were no guarantees, but what is really encouraging is that the core technology approach we used has passed the major clinical test. It is a safe and well-tolerated vaccine, producing the strong virus-neutralising effect that we were hoping to see.”

The news comes a few days after the United Kingdom revealed that two health workers suffered allergic reactions a day after taking the newly rolled out Pfizer-BioNTech vaccine. The UK’s Medicines and Healthcare products Regulatory Agency (MHRA) is now looking into whether the reactions were linked to the shot.