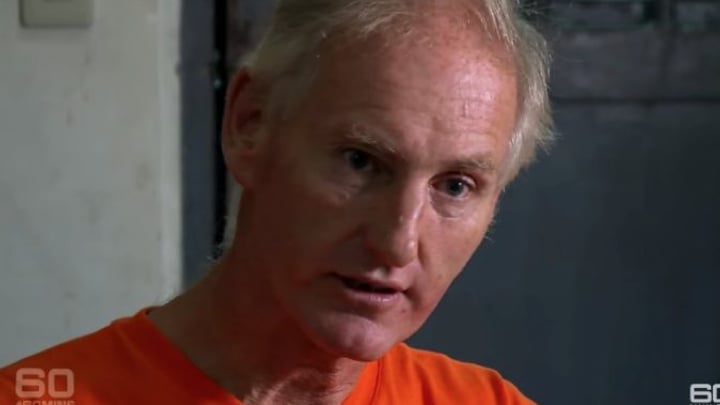 An Australian man has reportedly been found guilty of child sexual abuse in the Philippines, in what appears to be the tip of the iceberg in terms of offences.

Peter Gerard Scully, who news reports said was originally from Melbourne, was sentenced to life in prison on one count of human trafficking and five counts of rape after a trial in a regional court, according to Philippines news site Rappler. Rappler said Scully appeared “unmoved” by the sentence, which was read out in the presence of an Australian Federal Police officer.

But Scully is said to face more than 60 charges, including murder, child abuse and torture, in other Philippines’ jurisdictions, after he was tracked down following an international manhunt sparked by a horrifying video of child sexual abuse and torture that he allegedly made and sold to other paedophiles.

The 55-year-old moved from Australia to Mindanao in the Phillipines in 2011 and is alleged to have made videos of himself raping and torturing children as young as 12 months old – videos that he sold on to paedophiles around the world for as much as $10,000 per view, according to a report in The Sun, which dubbed him the “worlds worst paedo”. This includes the abuse of two young girls, who Scully allegedly made dig their own graves during his attacks.

In a interview with 60 Minutes filmed in 2015 while he was in jail awaiting trial, presenter Tara Brown asked the 55-year-old Australian why he had attacked so many children – an accusation he effectively did not deny.

“I don’t know, I don’t know the real answer,” he said. “It’s not like a hungry dog that’s got to feed every three hours … it’s almost not an urge.”

The Australian revealed in March that Scully had been receiving taxpayer-funded legal support over the past three years under the Serious Overseas Criminal Matters Scheme. A total of around $500,000 had been provided to Scully since his arrest in 2015, according to The Australian, with Attorney-General Christian Porter, who was not in his position when the initial funding decision was made, admitting changes to the scheme may be necessary.

“I had already asked my department for information on the scheme, including this particular case, with a view to considering changes to the scheme, so that persons in circumstances similar to Mr Scully, or those with histories of sexual offending and relevant convictions, would no longer be eligible,” he said.