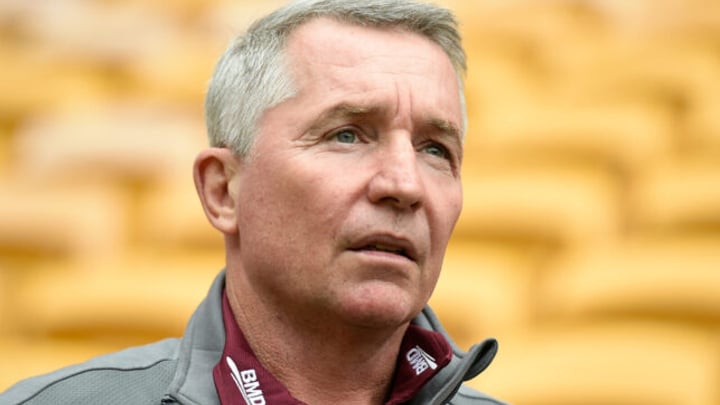 Green's family have spoken of their heartbreak following the sudden death of their son. Source: Getty Images.

The parents of the late rugby league star and premiership-winning coach Paul Green have revealed they are “broken-hearted” following the shock death of their son.

Green’s 82-year-old mother told the Courier-Mail that she and her husband were “stunned” and “devastated” following the news of their son’s passing, revealing their “lives will never be the same”.

“I hope the feeling goes one day. We have cried ourselves out. There are no tears left. We are a tough old generation, I guess, and somehow we have to move on,” she said.

“We never expected to bury our baby boy.

“His father Ned is just broken-hearted. We will survive somehow, but I will never understand it.”

Green’s family had previously released a statement expressing that they were “devastated” over the loss of the rugby league icon.

“We have lost a devoted husband, loving father and wonderful brother and son. We cannot find the words that would come close to expressing our feelings, however we would like to extend our thanks to those who have reached out to us with their love and support,” the statement read.

It was recently revealed that Green’s fans will be offered a chance to farewell the iconic sports figure after it was confirmed that he would be honored with a public memorial by Queensland Rugby League.

Father Michael Twigg will join media presenters Pat Welsh and Jessica Yates to host the public farewell on the BMD Kougari Oval at Wynnum Manly Leagues Club on Tuesday, August 30 where the rugby league community is expected to join together to share treasured memories of Green and reflect on his contributions to the game.

Fans who wish to pay their respects to Green can reserve their place at the ceremony, via the Eventbrite registration platform, for a funeral service to be held between 11am and midday followed by a wake between 12.30pm and 1.15pm. Green’s family, friends, and colleagues will reportedly attend a private ceremony to bid farewell to Green.

Both the service and wake will be live-streamed on QRL.com.au.

Those attending Green’s farewell will no doubt celebrate his decorated playing career that included taking the field an incredible 162 times with a number of clubs which included the Cronulla-Sutherland Sharks, North Queensland Cowboys, Sydney Roosters, Parramatta Eels, and the Brisbane Broncos.

Following Green’s impressive playing career, which also included seven State of Origin appearances for Queensland, he turned his attention toward coaching where he famously led the North Queensland Cowboys to their first Grand Final in a decade. The Cowboys went to win the final with a 17-16 win over the Brisbane Broncos.