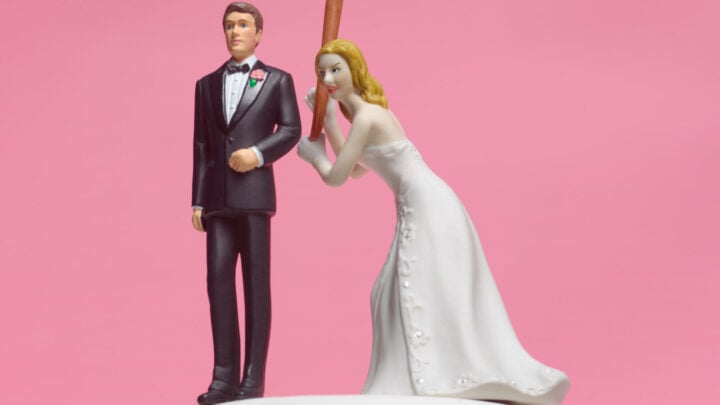 A woman has taken public revenger on her cheating ex. Source: Getty

A cheating ex has become the talk of the town after his scorned lover took out an ad in the local paper, announcing the man’s infidelity.

Perhaps the best part of the vengeful act was that the cheater’s credit card details were given for the full-page ad, in the Mackay and Whitsunday Life.

“Dear Steve, I hope you’re happy with her,” the open letter read.

“Now the whole town will know what a filthy cheater you are. From Jenny.

“P.S. I bought this ad using your credit card.”

Hell hath no fury like a woman scorned… Jenny bought a full-page ad space in today’s Mackay & Whitsunday Life independent paper using her (ex?) partner’s credit card. The local paper says they’ve been inundated with messages about Page 4 and do not know who Steve is @9NewsAUS pic.twitter.com/x9LmgRLozl

The newspaper has released a statement after being overwhelmed with messages inquiring about the ad.

“We have been inundated with dozens of messages this morning about the Advert on Page 4 of Mackay Life – As there’s too many to reply to; we would like to address it here,” the statement shared to their Facebook read.

“We do NOT know who Steve is, but apparently he’s been very very bad.

“We won’t be revealing any details about Jenny.”

Mackay Life revealed they “have not charged the credit card in question”, foiling Jenny’s final act of revenge.

Jenny’s advert has been praised on social media, with people saying Steve deserved the petty act.

“A lesson in “dont do bad things if you dont want the world to find out what you’ve done”. Who needs social media when u can use the paper,” one person wrote.

“Not all heroines wear capes. Jenny is my new favourite person.”

“Mackay is a small place too so Steve you realllyyyyy messed up. Jenny, go buy yourself more than an ad in the paper, I think a holiday is calling your name,” said another.

“Steve’s a bad person. Don’t be like Steve” someone said.

“Sucks to be Steve.”

“How great is this! I say charge his card!!!,” one person commented.

However, not everyone is convinced the ad is real, commending the newspaper for quality public relations.

“Best piece of PR I have come across in a while… Well done guys,” someone commented.

“This is classic.. and great advertising.. glad you ran the add.”

“This has PR stunt written all over it,” another wrote.