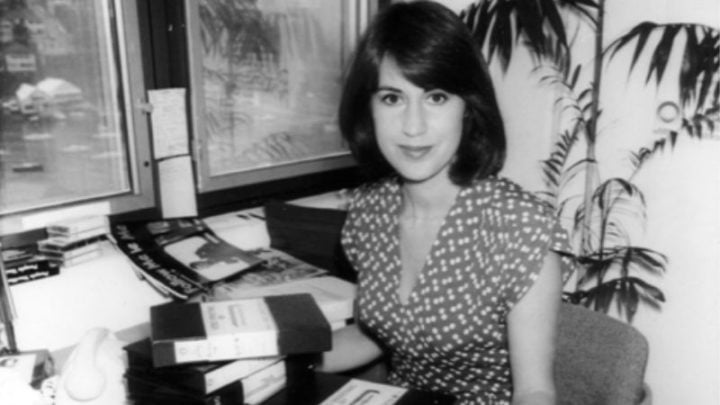 The 72-year-old passed away at home, following a long battle with cancer. Source: Kaystammers.com.au.

The 72-year-old, who became the first female reporter on Nine News in 1975, died at home after a long battle with cancer, according to The Daily Telegraph.

The renowned journalist enjoyed a long and successful career in television, however her career as a broadcaster began by chance after she was photographed sunbathing in a bikini on Sandringham Beach by a news photographer.

Kay’s photo was printed on page 3 of The Sun the following day, prompting an old university friend to call Kay – who was at that point working as a teacher – an offer her an audition for a new all-women current affairs show.

After one year working on Ten’s Eyewitness News in Melbourne, Kay put her career on hold and jetted off to Europe to travel. She was then coaxed back by Channel Nine however and went on to become the network’s first female news anchor, working alongside Ian Ross, Jim Waley and Robert Penfold.

She spent five years at Nine before moving to London for a year to work for ITN. She also worked as a health and consumer reporter, before becoming the inaugural presenter of Channel Seven’s late night news show NewsWorld.

Tributes flooded in for Kay online after the sad news broke, with friend Stewart Richmond wrote: “In memory of Kay Stammers . From the halcyon days of Nine News in the mid-1970s she was a friend with an infectious smile and positive outlook. A remarkable woman. My heart goes out to the indomitable Tristan Parry and Rupert Parry. A life well lived but ended too soon.”

While another former colleague said: “Just heard that Kay Stammers has passed away. She was a consummate journalist in the 70s and 80s and then later on ran her own media agency, Media One with her partner Tristan. condolences to Tristan and all her friends and family.

“I knew Kay from working with Media One on multimedia projects, she was very professional and went to great ends to shoot projects.”

Kay is survived by her husband Tristan and son Rupert.

Do you remember watching Kay Stammers on TV?