News digest: US heads to the polls, Vienna terror attack and the race that stops the nation 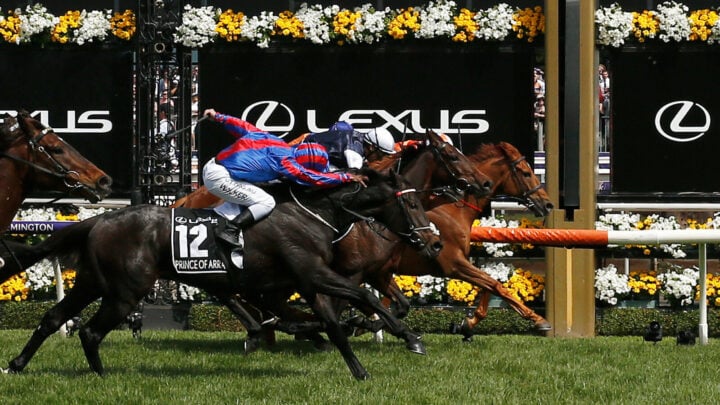 All eyes will be firmly fixed on the USA today, as voters prepare to head to the polls to have their say in the US Presidential Election. Voters across the United States will have their say when polls open on Tuesday and both candidates hit the campaign trail on Monday in a last ditch effort to drum up support before polls open.

Democratic hopeful Joe Biden has been in Pittsburgh, while President Donald Trump held a final ‘Make America Great Again’ rally in Michigan. However a record 95 million Americans have already cast their vote by early ballot, according to the most recent tally by the U.S. Elections Project at the University of Florida.

In Europe, the top story is a terror attack in the Austrian capital city of Vienna. Multiple reports suggest that at least one civilian has been killed and 15 injured in the incident which began shortly after 8pm local time on Monday. The attack began with a barrage of gunfire near the Stadttempel synagogue, and the injury and death toll is predicted to rise.

At least one of the attackers has been confirmed dead however officials have warned that several attackers were still at large, describing them as “heavily armed and dangerous”, and asked people to stay clear of the centre of Vienna.

It comes less than a week after France was rocked by its second terror attack in as many weeks, when a terrorist killed three people at a church in Nice.

Back at home in Australia however, it’s a momentous day as we gear up for the Melbourne Cup. While the event is set to be very different this year as a result of the ongoing pandemic, race fans across the country are still eagerly awaiting the main event which kicks off at 3pm AEDT.

The atmosphere at Flemington this afternoon will be vastly different from previous years as no crowds are permitted at the event, with Melburnians set to watch the race that stops the nation from the comfort of their own homes, or socially distanced at the local pub, instead.

It comes as the state recorded zero new coronavirus cases for the fourth day in a row today, as well as no further deaths. Chief Health Officer Brett Sutton described the numbers as “the quaddie we want for the last 4 days”. Metropolitan Melbourne’s 14-day rolling average remains at 1.9.

This could mean more good news for Victorias as an announcement on the NSW-Victoria border is expected this week. “We’re talking weeks not months in terms of when the Victorian border may come down, but that again is based on health advice,” NSW Premier Gladys Berjiklian told reporters on Monday, reports The Guardian.