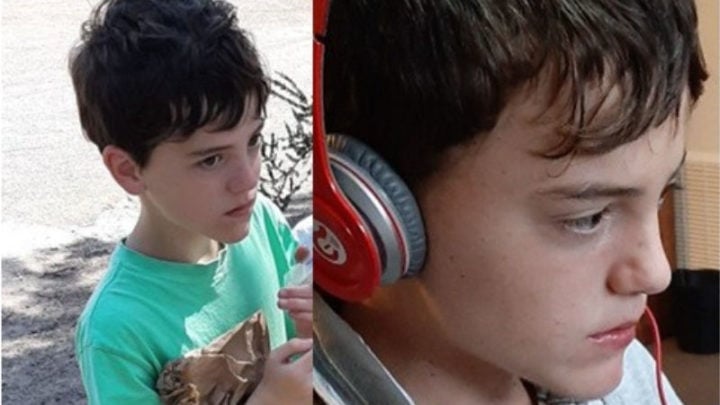 Missing teenager Will Callaghan has been found alive and conscious two days after he went missing on Mount Disappointment in Victoria. The 14-year-old was located by a volunteer, having spent two nights in the wilderness, with temperatures plummeting below zero.

Victoria Police confirmed the news in a statement published on Twitter shortly after 1pm which read: “Amazing news!! Missing boy Will Callaghan has been located by a volunteer at Mount Disappointment. After two days missing in bushland, Will is set to be reunited with his family shortly. We would like to thank the community for their outpour of support.”

As the news broke, many people took to social media to express their delight over the happy news. “AWESOME breaking news! Will Callaghan’s been found. After two nights in the bush in those temps. Brilliant work from all those wonderful people searching,” one person wrote on Twitter.

Another commented: “Finally some good news in 2020. 14-year-old Will Callaghan has been found alive & well after 2 nights missing on Mount Disappointment. @abcnews Here’s to good news!” While another said: “Will Callaghan’s Mum has been in my thoughts all morning since she spoke to reporters. What an amazing Mother and what an amazing outcome. There’ll be plenty of tears of joy for this family across the nation.”

Amazing news!! Missing boy Will Callaghan has been located by a volunteer at Mount Disappointment. After two days missing in bushland, Will is set to be reunited with his family shortly.

We would like to thank the community for their outpour of support. 🙌 🙏🏽 pic.twitter.com/QoAaPQktlN

Another image shared by Victoria Police showed Will, wearing a navy blue puffer jacket and with bare feet, being carried, as volunteers and emergency service members looked on.

Will is now safe and sound! A very big thank you to everyone involved. pic.twitter.com/XzU2yIvSY1

The happy news comes just a matter of hours after Will’s mum Penny Callaghan addressed the media from Mt Disappointment as the search effort entered day three. She said: “Sometimes being a mum of an autistic child is really tough. Will is my eldest son and he would be considered, I guess, very low-functioning. He has an intellectual disability and he’s very smart in his own way.

“I’m feeling positive because he’s quite resilient. He is very skinny. You know, he doesn’t have much padding on him, but he eats all the time, he’s always on the move. He’s very active … he’s not a great sleeper, that may be good for him in this instance.”

Penny also described her eldest son as a “very gentle, beautiful person” but pointed out that William is also “very vulnerable”.

Victoria Police, along with an army of volunteers, employed a number of unusual tactics in their bid to find Will. The Thomas the Tank Engine theme tune was played through three PA systems in a bid to entice the teenager, while locals were also asked to cook onions and bacon on their barbecues to try and draw him in.