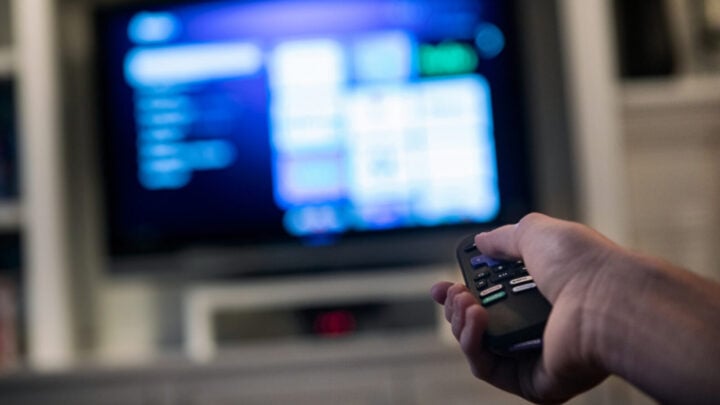 A trip to the cinema, a few nights at home and a much-anticipated movie release are the subjects of my blog this month.

The ABC drama Savage River has me hooked. Miki Anderson returns to her hometown of Savage River after spending a decade in prison for accidentally killing her friend. Savage River, whilst picturesque, has one economic driver for the town which is an abattoir and where Miki finds work. There are many tense undercurrents, missing people, dodgy politicians, a secret sale and questions about the ability to forgive.

Emma Maguire, writing for The Conversation, found it “a gripping example of the ‘Australian Gothic’ genre: ‘When Miki gets a job at the abattoir, we see a brutal reality: Savage River is a town built on blood and slaughter, a truth that references the colonial violence at the foundation of modern Australia'”.

Set in country Victoria, the series is directed by Jocelyn Moorhouse and stars Katherine Langford as Miki with Jacqueline Mackenzie and Virginia Gay among many familiar faces. There is some beautiful scenery where the series is shot which makes the distinction between the brutal scenes in the abattoir created by cinematographer Don McAlpine all the stronger.

Six episodes in the series, currently screening on ABC TV or catch it on iView.

Good Luck to You Leo Grande

Good Luck to You, Leo Grande is produced by Debbie Gray and Adrian Politowski from a screenplay by Katy Brand. The film stars Emma Thompson as Nancy Stokes and Daryl McCormack as Leo Grande. Good Luck to You Leo Grande had its world premiere earlier this year at the Sundance Film Festival, but, I settled for a viewing at my local Hoyts (with a salted caramel choc top – I wonder if they have choc tops at Sundance?).

Emma Thompson gives a very brave performance as a repressed sixty-ish widow who hires a professional escort. The movie is about an older woman’s interaction with a male sex worker, so it’s not appropriate for everyone but is well written and well-acted so that it moves from what might easily be a comic exploration of older women’s sexuality to an honest depiction of self-acceptance and love.

Good Luck to You, Leo Grande is extremely risky. Everything depends on the feel of the moment, the way the actors look at each other, listen, or react. It could have so easily been a sex comedy but it is instead, charming. Emma Thompson is brilliant and the film has been nominated for numerous awards. Expect to see the cast and crew on the winners’ podium this awards season.

This is an English production that follows the marriage of Emma and Ian, a middle-aged couple married for 30 years. I stumbled across it on ABC free to air a few weeks ago and once I saw Sean Bean on the screen, I thought it was probably worth a watch.

The end of a holiday argument at the airport and on the plane opening scene had me wanting to see where this was going. Sean plays Ian, recently redundant and struggling while his wife, Emma, played by Nicola Walker, appears to be moving on with her career. Throw in a worrying daughter and the sandwich responsibilities of an aged dad and it’s a glimpse of real life depicted on the screen.

The Bloke Who Shares the Couch (TBWSTC) and I kept asking each other: “What is this?”  It wasn’t until the end of the episode that we figured out the issue, it was just so real and so very familiar.

Marriage is a four-episode series written and directed by Stefan Golaszewski and I’m looking forward to watching the last episode and, fingers crossed, seeing how it ties up.  It’s different but clever, and I’m watching it on iView.

I’m breaking a rule with this one as I haven’t seen it, but I did see a short and am eagerly anticipating the movie scheduled to screen here in late October.

The storyline is about a widowed cleaning lady who falls in love with a couture Dior dress and decides she must have it.

Directed by Anthony Fabian, based on the novel by Paul Gallico, and starring Lesley Manville as Ada Harris, I think the amazing costumes alone will be worth the ticket price.

Look out for it!