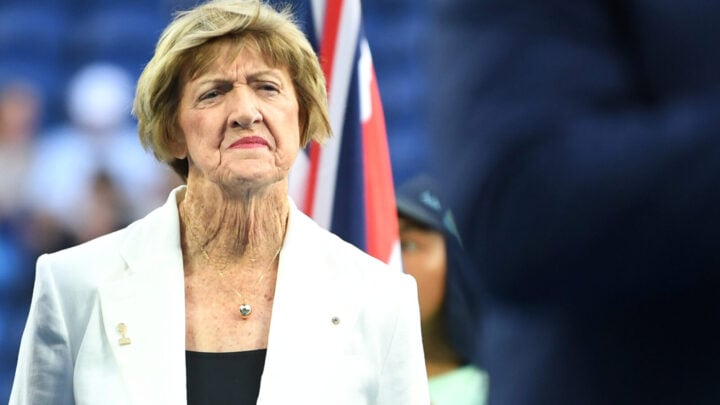 Margaret Court has drawn criticism for controversial views on the LGBT community in the past. Source: Getty.

Reports that Margaret Court, the former Australian tennis player who has been at the forefront of controversy in recent years because of her views on the LGBTIQ community, is on track to receive the nation’s highest honour on Australia Day have been met with a furious backlash.

“Margaret Court is going to be honoured on Australia Day,” he tweeted. “With our highest honour. She shouldn’t, and we need to have the debate before it happens.”

Margaret Court is going to be honoured on Australia Day. With our highest honour. She shouldn’t, and we need to have the debate before it happens.

Victorian Premier Daniel Andrews has since come out saying he does not support Court being recognised with an Australia Day honour.

“I don’t believe she has views that accord with the vast majority of people across our nation, that see people particularly people from the LGBTI community, as equal and deserving of dignity, respect and safety,” he said after he was asked about it during a press conference on Friday.

“I don’t give out those gongs. That’s not a matter for me; that’s for others. You might want to speak to them about why they think those views, which are disgraceful, hurtful and cost lives, should be honoured.”

Fellow Aussies have also weighed in on the heated debate, with @JPLonnieQ tweeting: “Agreed. Another sign this government is way out of touch with the people it is supposed to represent and indeed the 21st century.”

While Twitter user @cwarren49 questioned what the former tennis player had done in recent years to make her eligible for the award, and @CarrollRory commented, “That’s wrong.”

And Twitter user @lukedowning thought the honour was quite fitting, commenting: “Well deserved. She does a lot of good work in the community.”

With a total of 24 grand slam singles titles to her name, Court’s achievements in tennis make her undeniably one of Australia’s greatest ever sporting icons. However it’s her views off the court that have seen her make headlines in recent years, as she remains outspokenly opposed to gay marriage on religious grounds.

And Court raised more than a few eyebrows in 2019 after she delivered a sermon in which she targeted transgender children and athletes. At the time she told worshippers that LGBTIQ lessons in schools were “of the devil”. The tennis player claimed children choosing to change genders is wrong and said they should look at the Book of Genesis before making any decisions.

What are your thoughts on this? Do you think she deserves the honour?