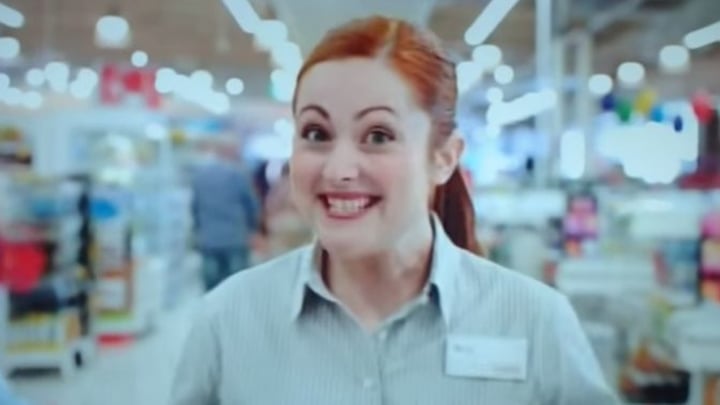 It’s the supermarket that gave us the “down, down” slogan, but Coles’ new “I’m Free” slogan has customers and employees hot under the collar.

The aim of the advertising campaign was that Coles was going to have more staff on hand over the Easter period to make sure that customers would get through quicker.  The registers would have signs saying “I’m free” to let people know they could checkout with them.  However, what the campaign has led to is employees being sexually harassed by some customers.

Employees, parents and customers have launched complaints on social media over the actions saying Coles should have known better.  Coles secretly told employees to stop using the signs and have since pulled the ads from television.

Emily Henderson who works the checkout at Coles posted online “The comments have been horrible! We have also removed all signs. We have had it from BOTH male and female, old and young.” While other’s point to the original ad as the reason for the harassment.  One user, Jan Newgreen, posted, “While I don’t condone this behaviour and would not be tempted to act it out myself, I must question the impact of the television advertising campaign by Coles themselves. It featured a female check out worker fanning herself with a “I’m Free” paddle while suggestively rubbing herself up against the back of a male customer, which is sexual harassment from Coles”.

Another user, Shan Spooner, backed up the comment saying, “they suggested the innuendo in the ad! What do you expect when you joke about it in the Coles ad?! And it doesn’t take a genius to see how “I’m free” could be a bad campaign”.

The ad has also been pulled from YouTube, however one user did film it and upload it from their phone.

Coles posted a statement on the complaints writing, “We’re disappointed to hear you felt the ‘I’m Free’ paddles put our team members and other customers in an uncomfortable situation”.

What did you think of the ad?  Did it invite this kind of behaviour or should people know better?