Let’s talk: are you willing to pay more for this? 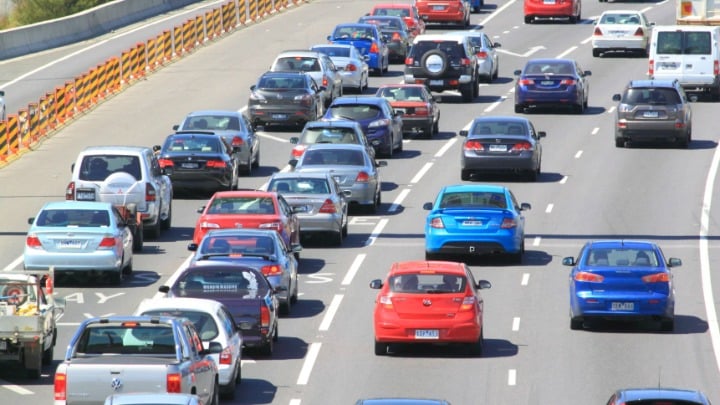 Congestion on the roads is a problem for all drivers and for now the answer seems to be to build more roads. But this week questions are being raised about who should pay for all the new lanes, tunnels and bypasses needed to keep traffic moving and, guess what? They’re looking at us.

Under the current system state governments pick up most of the tab for new roads, with help from the federal budget. Motorists contribute through registration fees, tolls and fuel excise.

But experts say this system is unfair because some motorists end up paying more than others, say, if they have a more efficient car. They also say people who pay the most tend to be those who can afford it the least.

Another problem is that technology and driver behaviour are whittling away at the overall contribution of motorists to new roads. In addition to fuel-efficient cars putting dents in revenue, improved technology is reducing the money the governments collect from fuel excise. On top of that, people are driving less, and with a mind to fuel efficiency.

Some say the introduction of driverless cars, which are expected to be widely used by 2030, will further chip away at the coffers.

Part of the solution, discussed at the National Infrastructure Summit in Sydney is to move to a user-pays system in which motorists are expected to contribute to the costs of new roads based on how much they use them.

Singapore and the US are already trialling new technology to raise more money for roads, and Assistant Infrastructure Minister Jamie Briggs thinks Australia should be considering this approach too.

“In Singapore, there are plans to implement a pricing system based on satellite position tracking by 2020,” Mr Briggs said. “This will mean that road users will be charged based on distance, location, time and type of vehicle”.

Mr Briggs said some people might be wary about new types of road pricing it was something we needed to consider. Experts say congestion could cost Australia $53 billion a year in lost productivity by 2031.

Michael de Percy from the University of Canberra, writing in The Conversation, says, “A user-pays system is necessary to reduce congestion on our roads and improve productivity into the future. We must have a debate over how, not if, we should implement a road user-pays system”.

Meanwhile, the Australian Motoring Enthusiasts Party is opposed to any user-charges for existing roads, even though road pricing may make it fairer for motorists in regional areas.

Let’s Talk: How would you feel about paying for new roads via a user-pays system?