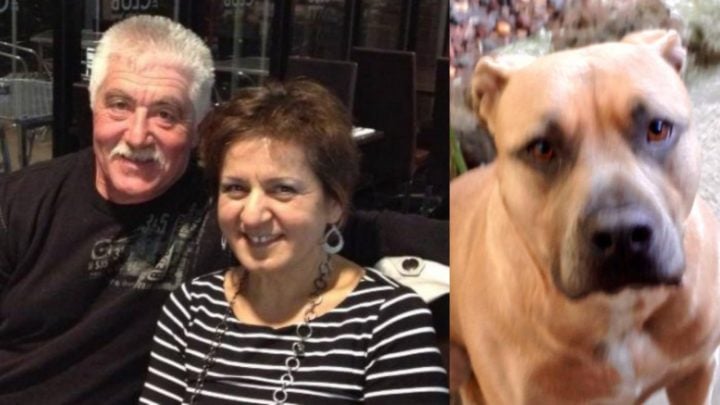 A father viciously attacked and killed by his family’s dog has been remembered by neighbours as a “lovely” and “caring” man who was “always laughing”.

The man, named in multiple reports as Leo Biancofiore, was confirmed dead on Wednesday night as a result of a dog attack at his property in Melbourne’s north-east, while his wife Donata (also reportedly known as Donna) sustained serious injuries.

Victoria Police were called to the home in the Mill Park area of the city at around 6.40pm to reports of a dog attack and upon arrival located a deceased man, now known to be Leo, and his wife suffering serious injuries. Donna was transported to the Royal Melbourne Hospital for treatment.

Neighbours have since shared their condolences to the family following the shock incident, explaining Leo was well liked in the community and will be dearly missed.

“I’m gonna [sic] miss him a lot, he’s a lovely person, I don’t think anyone in the street is lovely like him,” neighbour Princeza Nincovsk told 10 Daily.

Another local added: “He’s a Collingwood fan, always laughing about magpies and stuff… we’re going to miss him a lot.”

Meanwhile a fellow neighbour told The Age: “We would talk every second day when I went to Woolworths. He’s always out working in the garage. He’s been a very lovely person. We will miss him a lot, especially my husband. We love him.”

MILL PARK: Leo, 61, has been remembered as a “kind” and “gentle” man. He was tragically mauled to death by the family pet American Staffy named Junior. His wife rushed to help save her husband but she was attacked too @7NewsMelbourne pic.twitter.com/nORF3cXbRp

The dog, reported by the Herald Sun to be the pet of the couple’s son, is thought to be an American Staffordshire Terrier. It was contained at the scene before being secured by a ranger and seized by the council, where it was being held following the fatal incident.

Senior-Sergeant Glenn Parker allegedly told reporters at the scene that the owner of the dog had given consent for the animal to be put down, following the “out of character” attack.

“The dog belongs to the occupant’s son, the dog’s been here for quite some time,” he said according to the Herald Sun.

“It’s an older dog, it’s quite familiar with most of the members of the family and my understanding is it’s quite out of character for the dog.”

Have you been following this story? Do you have a message for the family in this difficult time?