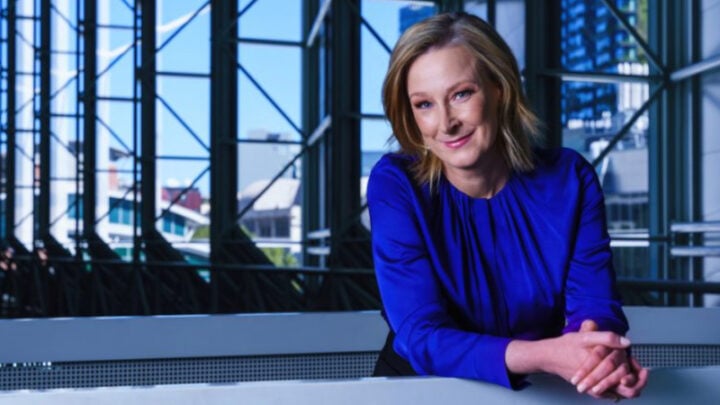 After stepping down as host of ABC’s 7.30 program earlier this year, Leigh Sales has delighted fans after announcing that she will be returning to the network in 2023 as the new host of Australian Story.

Sales took to social media to share the news with her loyal fans, stating that she feels “lucky” to take on hosting duties for the “brilliant program” and that it was “very humbling” to be chosen as anchor given the show has only previously had one other permanent host, the first being the late Caroline Jones.

“I am going to be, next year, anchoring the Australian Story program for the ABC.

“I’m so thrilled and excited about that because as you know it’s one of the most popular shows on the network.

“It’s such a brilliant program with such a history of making the most beautiful shows and telling the most moving stories.”

“It’s really exciting, we love Leigh. She’s got such a great intelligence, creativity, and a great heart,” Collins said.

“It’s such a great series that is able to tell those personal stories in such illuminating ways. Year on year, Australian Story continues to deliver, and I think having Leigh at the helm of that is only going to strengthen that for us.”

Sales’ return to ABC comes shortly after stepping down as presenter of the nightly current affairs program 7.30 earlier this year after more than a decade in the role.

Sales made the announcement at the end of 7.30‘s February 10 program, telling viewers she would step away from the 7.30 desk in June 2022 following the Federal Election.

“I was appointed to the job on the 3rd of December 2010, so this my 12th year in the seat. That was five Prime Ministers ago! It was so long ago that Donald Trump was still just a guy with a bad orange hairdo hosting The Apprentice.

“I feel a strong sense of it being time to pass the baton to the next runner in the race and to take a break. The end of an election cycle feels like a good time to move onto something new at the ABC.

Sales has a long history with the network, having jumped on board with the ABC in Brisbane in 1995 as a junior reporter before securing a number of senior roles within the news organisation, such as NSW State Political Reporter and National Security Correspondent.

She covered the Iraq War, the 2004 US Presidential election, Guantanamo Bay and Hurricane Katrina and served as ABC’s Washington correspondent from 2001-2005.

The Walkley Award-winning journalist was appointed as presenter of 7.30 in December 2010, during her time with the program Sales covered the terms of five Prime Ministers, nine federal budgets and two federal elections. She also reported on several major news events, including Donald Trump’s 2016 election victory and the death of Nelson Mandela in 2013.