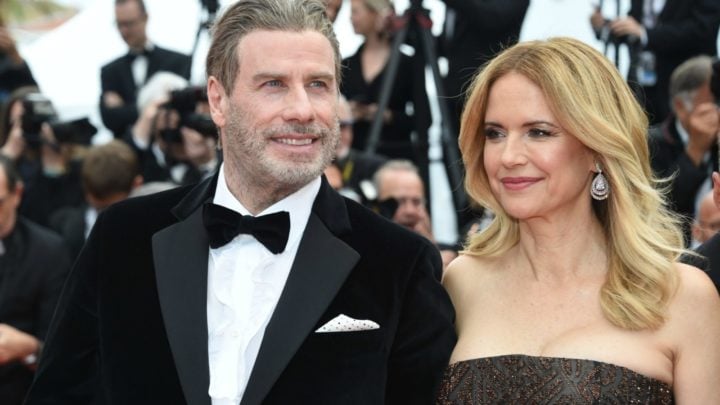 Kelly Preston, the wife of John Travolta, has passed away at the age of 57, the Grease star has confirmed. The actor shared a poignant tribute to his “beautiful wife” on social media on Monday (AEST) and said her love will always be remembered.

The actress and former model had been secretly battling breast cancer for two years. She died on Sunday.

“It is with a very heavy heart that I inform you that my beautiful wife Kelly has lost her two-year battle with breast cancer,” Travolta said. “She fought a courageous fight with the love and support of so many. My family and I will forever be grateful to her doctors and nurses at MD Anderson Cancer Center, all the medical centers that have helped, as well as her many friends and loved ones who have been by her side.

“Kelly’s love and life will always be remembered. I will be taking some time to be there for my children who have lost their mother, so forgive me in advance if you don’t hear from us for a while. But please know that I will feel your outpouring of love in the weeks and months ahead as we heal. All my love.”

The source added: “She was a bright, beautiful and loving soul who cared deeply about others and who brought life to everything she touched. Her family asks for your understanding of their need for privacy at this time.”

The Jerry Maguire and Twins star is survived by her husband of almost three decades John Travolta and their children Ella, 20, and Benjamin, nine. The couple lost son Jett in January 2009 at the age of 16, after he suffered a massive seizure while the family were enjoying their Christmas vacation in the Bahamas.

Tributes flooded in following the shocking news, with American actor Josh Gad writing on Twitter: “I’m in absolute shock. What a beautiful and amazing actress and person. So sad to hear of her passing at such a young age. My heart goes out to John Travolta and the entire family. What a loss.”

American reporter Jeff Conway wrote: “She was a class act and one of the kindest people I ever interviewed. I am so grateful we had a happy experience together. Rest In Peace, Kelly Preston.” While popular US blogger Perez Hilton said: “I am at a loss for words. No words. Just light to John Travolta and her children and family. Rest peacefully, Kelly Preston.”

Fans also took to social media to share their condolences, with Twitter user @theotherstevec writing: “I know everybody remembers Kelly Preston from “Jerry Maguire,” but my favorite role of hers was Tish from “Space Camp.”  User @SoSofieFatale added: “Omg Kelly Preston!! I had no idea she was sick.”

Kelly’s final social media post was in honour of Father’s Day in June, as she described her husband as the “best one I know”. Sharing a photo of herself and John with their children, she wrote: “Happy Father’s Day to the best one I know, we love you.”