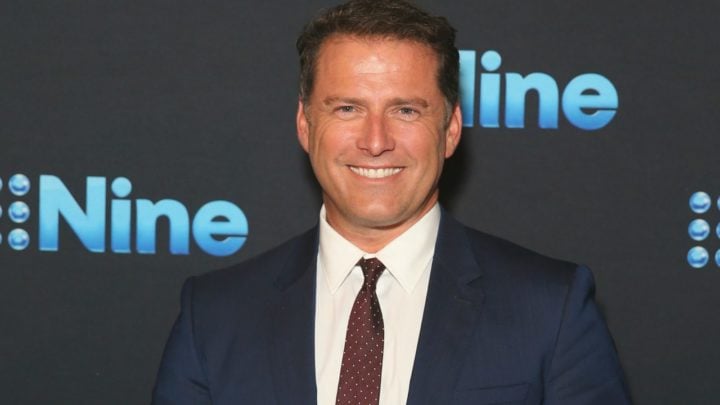 Karl Stefanovic is set to return to the Today show in 2020 alongside 60 Minutes reporter Allison Langdon as his co-host. Source: Getty

Karl Stefanovic is set to return to the Today show in 2020 after he was booted off the show last year.

The 45-year-old will co-host with60 Minutes reporter Allison Langdon while Georgie Gardner will leave the show, Nine confirmed.

In a statement to Nine.com.au, Gardner said she was consulted two weeks ago about Today’s direction next year “and naturally I’m disappointed with the outcome.

“However I’m very proud to have been part of an innovative and progressive programming decision – the first female hosting duo in Australian breakfast television.

“It was a privilege to work on the Today Show for nine years, I learned a lot. I have no regrets, even though the scrutiny and public discourse has been daunting and disproportionate. It’s also at times been cruel.

“My plan now is to return to my first love, news, and to catch up on some sleep! I am grateful for the support and friendship offered by my Today Show colleagues on-air and behind the scenes and I am humbled by the unwavering loyalty and kindness of viewers.”

Nine’s news boss Darren Wick said in a statement, obtained by Starts at 60, the experiment with Gardner and Deborah Knight was  “a bold decision to try something new with two women hosting” that “sadly… has not worked”.

The remaining Today team members, including Knight, Tom Steinfort, Richard Wilkins and Brooke Boney, will remain with the network with Wick saying the full line up of Today in 2020 “will be announced in due course”.

“We respect and value the enormous effort made by the team particularly Georgie and Deb throughout the year. Today we are announcing the new hosts, Allison Langdon and Karl Stefanovic.  The whole the team will remain with Nine and the full line up of the Today Show in 2020 will be announced in due course.”

Meanwhile, Stefanovic said in a seperate statement: “Going back to the Today Show is not something that I thought would come up again. I thought my time was up but then when I was sounded out about it, it got me thinking. It’s a big job with enormous pressures and I know only too well some of those pitfalls, but it is also without question the best live job in Australia.”

Stefanovic officially left the Channel 9 show before his wedding to shoe designer Jasmine Yarbrough in December last year, with Knight replacing him alongside his former co-host Gardner.

Speaking of her new hosting role, Langdon added: “There is a lot of hard work ahead but I can tell you one thing, it’s not going to be boring! I love the unpredictability of live TV… and Karl. Wind him up and let him go! I’m sure we’ll butt heads, but we’ll do it with a smile on our face. I just want to help our viewers get their day off to a good, fun start.”