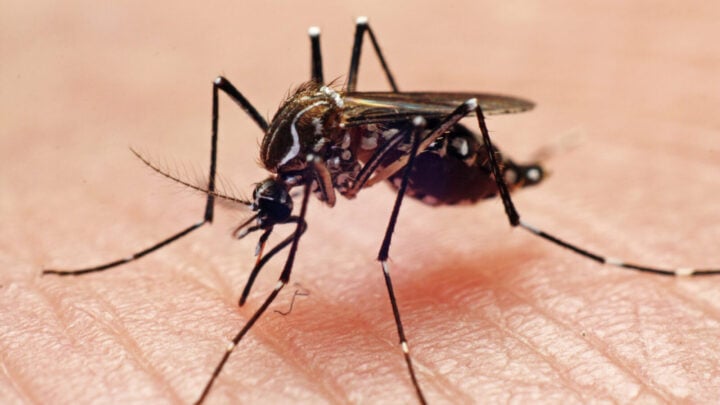 Japanese Encephalitis Virus is spread through the bites of mosquitos carrying the virus. Source: Getty

Concerns are growing for Australians after an outbreak of Japanese encephalitis virus (JEV). This has seen the country’s first known deaths from the infection in over a decade.

On Friday, March 4, Australia’s acting chief medical officer, Sonya Bennett, declared a national alert regarding the spread of JEV in a number of states. Queensland Premier Anastasia Palaszczuk also took to Twitter to issue the health alert, confirming the first human case of JEV in Australia.

HEALTH ALERT: The first human case of Japanese Encephalitis Virus has been confirmed in Queensland. pic.twitter.com/vFq6aYv1ST

As it stands, there are nine severe cases of the virus in Australia as health and agricultural authorities focus their efforts towards containing further spread. Victoria currently holds the highest number of confirmed cases in humans currently infected with the virus, and it is reported that seven of those infections were contracted locally.

The outbreak marks the first time Victoria has ever had locally acquired cases of the specific virus, with Victoria’s Deputy Chief Health Officer Associate, Professor Deborah Friedman, urging Victorians to protect themselves from the risk of infection.

Authorities have confirmed four cases of the virus in South Australia and detected two cases in New South Wales and one in Queensland.

According to Dr Chris Lease, a wellbeing expert from the South Australia Department of Health, seven people remain in hospital with the virus.

“All 10 people under investigation required hospitalisation, with seven people currently still in hospital, and one person sadly passing away,” said Dr Chris Lease, a wellbeing expert from the South Australian Department of Health,” she said.

Japanese Encephalitis Virus is spread through the bites of mosquitos carrying the virus, with some victims experiencing mild to no symptoms and others suffering severe, life-threatening side-effects.

Encephalitis refers to inflammation of the active tissues of the brain caused by an infection or an autoimmune response.

JEV is a nationally notifiable disease. It is spread through the bite of an infected mosquito.

There are particular concerns for children under five and older people who contract the virus as these groups are at higher risk of developing more severe infections.

According to the Australian Government’s Department of Health, most cases of Japanese encephalitis are asymptomatic but severe infections can see victims experience “neck stiffness, coma, and more rarely, permanent neurological complications or death”. Infections usually begin with symptoms of a sudden onset fever, headache and vomiting.

Experts on the virus believe the recent outbreak has stemmed as a result of Australia’s recent heavy rainfall, flooding crisis and climate change.

Dr Jody Peters, a virologist from the University of Queensland in Brisbane, explains that the virus “breeds up very, very rapidly during flooding events”.

Peters shared that JEV can only be spread from animal to person and animal to animal, ruling out concerns of human-to-human contraction. According to Peters, the diseased mosquito has to have already been carrying the virus in order to infect another person and a mosquito is not able to spread the virus by biting an infected person and passing it to another.

She went on to explain how recent flooding had caused birds to migrate further south, contributing to the “cycle of Japanese encephalitis” and that pigs too can develop the virus.

“Waterbirds, in particular, they will become infected, they develop a lot of virus in their bloodstream and then they subsequently infect another mosquito and that drives this transmission cycle,” said Dr Peters.

“Pigs do develop enough virus in their bloodstream to infect another mosquito that comes and bites them, so clearly this is what has happened and why it’s so rife in the pig farms.”

Federal Agriculture Minister, David Littleproud, explained that people who work with pigs could be at higher risk of contracting the potentially deadly virus, with a number of cases already linked to piggeries.

“Pigs, in fact, exacerbate and amplify the virus, and that’s why piggeries are of high risk,” Littleproud explained.

Littleproud explained the risks that things like climate change and changing weather conditions can bring to communities that haven’t yet seen viruses such as this before.

“With all the wet weather, and from our previous experience of these sorts of events, we predicted there would be some mosquito-borne virus activity in south-eastern Australia … we never thought that we would get an exotic virus-like Japanese encephalitis virus come into this country,” he said.

“Climate change combined with things like deforestation all contribute to the movement of these viruses, and their maintenance and these transmission cycles.

Australian health authorities have urged Australians to be vigilant in protecting themselves against the virus, advising them to use repellents containing diethyltoluamide (DEET) and to wear closed-in shoes and loose, light-coloured clothing that covers their arms and legs.

Are you taking the appropriate precautions to shield yourself from the virus?