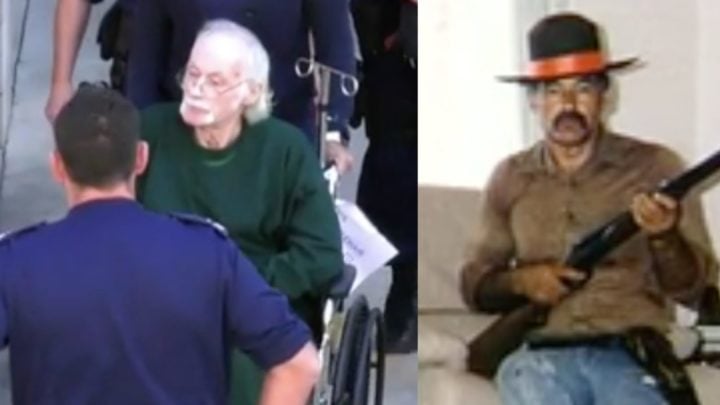 Ivan Milat has been receiving treatment in hospital in his final weeks. Source: 7 News.

Ivan Milat, the notorious serial killer remembered by Australians for his horrific hitchhiker murders, has died at the age of 74 in Sydney’s Long Bay Hospital of terminal cancer.

The killer was sentenced to seven consecutive life sentences for the murder of seven backpackers in NSW’s Belanglo state forest in the first half of the 1990s. Milat was given his death sentence with terminal oesophagus and stomach cancer in May and has today died in the medical wing of Long Bay jail at 4.07am.

He had been moved to Long Bay from Goulburn Supermax Jail where he had been kept in solitary confinement. In a statement to the media, the Department of Corrective Services NSW said Milat died 4.07am on Sunday.

Milat’s seven known victims were all picked up hitchhiking and were later found covered in leaf litter in the State Forest in 1992 and 1993.  The victims included Deborah Everist, 19, and James Gibson, 19; Simone Schmidl, 21; Anja Habschied, 20, and Gabor Neugebauer, 21; and Joanne Walters, 22, and Caroline Clarke, 21.

A jury found Milat guilty on July 27, 1996, for the murders of all seven victims, without the possibility of parole. He was also convicted of the attempted murder, false imprisonment and robbery of Paul Onions.

“These seven young persons were at the threshold of their lives, with everything to look forward to – travel, career, happiness, love, family, and even old age,” Justice David Hunt, who jailed Milat for life in 1996, said at the time in court.

“It is clear that they were subjected to behaviour which, for callous indifference to suffering and complete disregard of humanity, is almost beyond belief. They would obviously have been absolutely terrified, and death is unlikely to have been swiftly applied.”

Do you remember when Ivan Milat was first jailed?