It’s official! This is the best pie in Australia 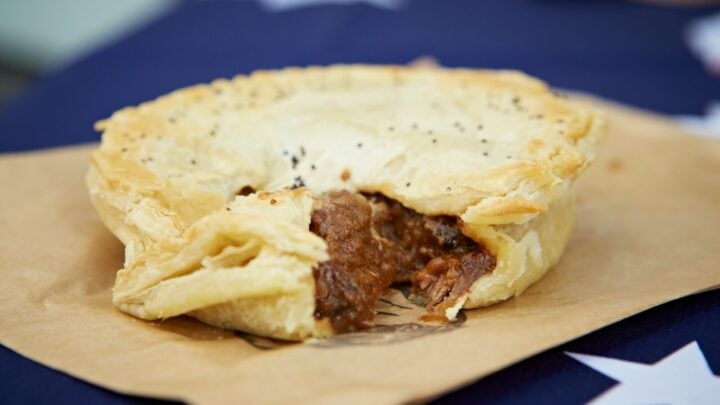 There is nothing better than a freshly-baked pie. Source: Getty.

It’s no secret that Australians love their pies, and it’s fair to say there is nothing better than a freshly baked pie. And, now the nation’s best pie has been revealed for 2020.

The best pie in the country was officially selected at an awards ceremony on Thursday, and it was Victoria-based Country Cob Bakery who walked away with the highest accolade, thanks to their Plain Beef pie.

“The history repeats,” the bakery said on social media. “We have done it again. Australia’s Best Pie Champion 3 years in a row.”

“2nd year in a row AUSTRALIA’S BEST PASTIE is Jojo’s!!!!” the bakery wrote on Facebook. “Words cannot express our excitement, thank you already to everyone for their support and good wishes. Cheers Jo and Tony.”

It isn’t the first time that the award-winning baker has been rewarded for his efforts, as the bakery bagged the prize for the nation’s best pie last year, thanks to their gourmet Satay Seafood pie. Baker Chan Khun, who moved to Australia from his home country of Cambodia in 2004, dreamed up the winning pie, which beat off 1,700 rival pies and pastries at the annual Baking Industry Trade Show.

The Kyneton bakery also walked away with 13 medals — 10 gold, two silver and one bronze — at the Great Aussie Pie Competition earlier last year, as well as the Tom Lindsay Pepper Steak award. The bakery’s sweet treats have also earned them praise, having previously been awarded the title of ‘Great Australian Vanilla Slice’.

Mr. Khun, who has been at the helm of the bakery for just over two years, previously told the Herald Sun: “We are always searching for new recipes and experimenting, whether it’s a sales rep or a customer, just to taste test. We ask for feedback each year from the judges so we are always trying to improve.”

Do you enjoy pies? Have you heard of this bakery before?