Inflation hasn’t been higher for 32 years. What now? 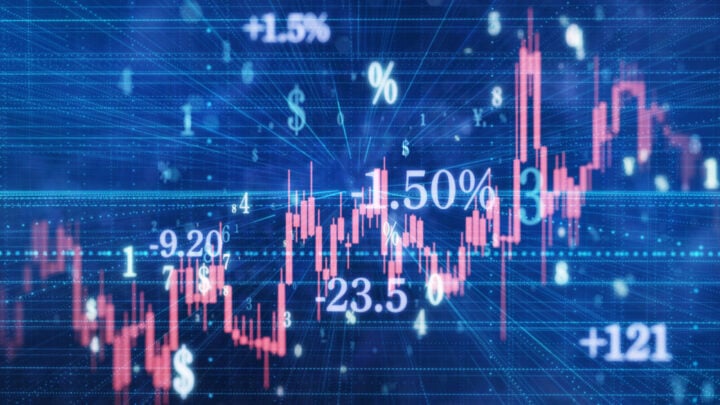 Inflation jumped from 5.1% to a new long-term high of 6.1% in the June quarter. Source: Getty

Inflation jumped from 5.1% to a new long-term high of 6.1% in the June quarter, a rate matched only by short-lived jump caused by the introduction of the goods and services tax, and not exceeded since 1990.

And there are signs it’ll climb higher still. The unusually large increases in energy prices in July aren’t factored into the June quarter figures.

The average price of petrol in the June quarter reached a new record high, up 4.2% in the March quarter. This was despite the temporary halving of the fuel excise on March 30 – a measure that expires on September 28.

Fruit and vegetable prices jumped 5.8% in the quarter in the wake of floods and higher input prices.

The housing component rose by 2.5%. This resulted from a large rise in the cost of new dwellings, reflecting shortages of workers and materials. Rents also rose in all capital cities.

To get a better idea of what would be happening were it not for these unusual and outsized moves, the Australian Bureau of Statistics calculates what it calls a “trimmed mean” measure of underlying inflation.

This underlying measure, closely watched by the Reserve Bank, is now 4.9%, the highest in records going back to 2003.

Non-discretionary inflation – the increase in the prices of necessities households have little choice but to buy – is running at 7.6%, up from 6.6%.

This is well ahead of wages growth, which is still below 3%.

Interruptions to global supply chains are one reason. Workers either being sick or needing to care for others at home has been another.

Higher freight costs increased the prices of many imported goods. Even items such as womens’ clothes, whose prices were heading down, jumped this quarter.

The supply constraints have bit while government support has added to incomes.

Throughout the developed world the lockdowns and caution that stopped households spending on services – such as holidays, gyms and nights out – boosted spending on goods. Furniture prices rose 7% in the quarter.

What now for rates?

Reserve Bank Governor Philip Lowe warned in June that inflation was likely to peak at around 7% by the end of the year.

The Bank warned after this month’s 0.5 percentage point increase in rates (the third increase in as many months) that it expects to take “further steps” over the months ahead.

In normal times, interest rates are higher than the long-run average for inflation, making the “real” (above inflation) rate positive.

The midpoint of the bank’s 2-3% inflation target is 2.5%, suggesting the bank’s cash rate will need to climb at least that high, and perhaps higher, to bring inflation down.

The cash rate is currently 1.35%, suggesting more increases are in store.

What now for inflation?

Like other central banks worldwide, Australia’s Reserve Bank has been surprised by the speed of the recovery from the COVID recession, and how quickly it has led to higher inflation.

Interest rates are rising rapidly throughout the world.

Commodity prices, notably for oil and wheat, were pushed higher by Russia’s invasion of Ukraine. But they are now declining.

The good news is that even if they now stay high and don’t decline much, they will no longer feed into inflation.

Lowe’s fear is higher inflation will become embedded in expectations.

Such an “inflation psychology” could lead to wage-price and “price-price” spirals as suppliers of goods increase the price of the inputs used to make other goods.

In the worst case, it would take a recession to get inflation back under control.

So far, expectations in financial markets remain within the 2-3% target range.

A graph prepared by the Reserve Bank, derived from the difference between prices for government bonds and government bonds indexed for inflation, suggests financial markets expect only modest inflation over the next one to four years.

The bank also monitors the inflation expectations of other groups in the community including consumers, companies and trade union officials.

These show higher inflation is expected for a short while, “before declining back to target”.

The bank is taking action to lower inflation, both by lifting the general level of rates and by announcing what it is doing, which can itself restrain spending and create an expectation inflation will come down.

It is trying to stay on what the Bank for International Settlements calls the narrow path that separates high inflation from recession.