‘I was ready to die’: Blanche D’Alpuget opens up about shock cancer diagnosis 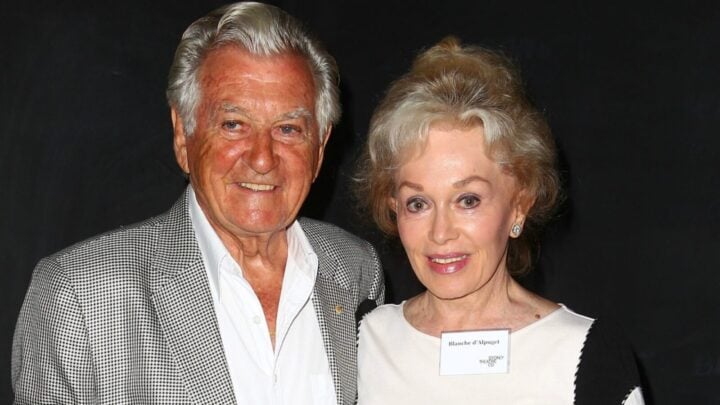 Bob Hawke’s widow Blanche D’Alpuget has opened about her devastating breast cancer diagnosis in a tell-all chat with Stellar magazine over the weekend, revealing she was ready to give up when she was first diagnosed in February.

The 76-year-old discovered a lump about the size of a 10c piece in her left breast just nine months after the former prime minister died. “I was taking my nightie off one Sunday morning when I saw it — a visible lump about as big as a 10c piece,” she revealed, adding the lump was stage two cancer, with a few other stage one tumours surrounding it.

The Australian writer also revealed the shock diagnosis left her ready to give up, admitting: “I toyed with the idea of doing nothing and letting myself die from it, but then the thought of my son made me determined to go ahead and go through the full horror.

“I thought, ‘Bob’s dead, I’ve finished eight years’ work, I’ve had a wonderful life. That’s it.’ But it was really only the thought of my son – and I knew he’d be very upset.”

Blanche underwent eight weeks of chemotherapy before she underwent intense surgery to remove the lumps. She’s now undergoing immunotherapy, which she explains will ‘recognise cancer cells and jump on them’.

The late prime minister’s wife announced the tragic news of her diagnosis in April this year, revealing the moment she found a lump on her breast, The Daily Telegraph reported at the time. Speaking to the publication, Blanche admitted she never thought she’d be struck down by the disease and that it was a total accident that she found the lump.

“Yes it’s true,” she told the publication. “I’m being treated at the Kinghorn Cancer Centre. You never think you’re going to get cancer – not at my age, but it happens. I’d like to encourage all older women to have their breasts checked. I found the lump by accident.”

The shock diagnosis came almost one year after Bob’s death. The former prime minister sadly passed away on May 16, 2019 at the age of 89. Since then Blanche has shed some light on her relationship with the politician, opening up in an interview in November last year about the affair that brought them together and why she has no feelings of regret over the relationship.

What are your thoughts on this story? Do you have a message for Blanche?