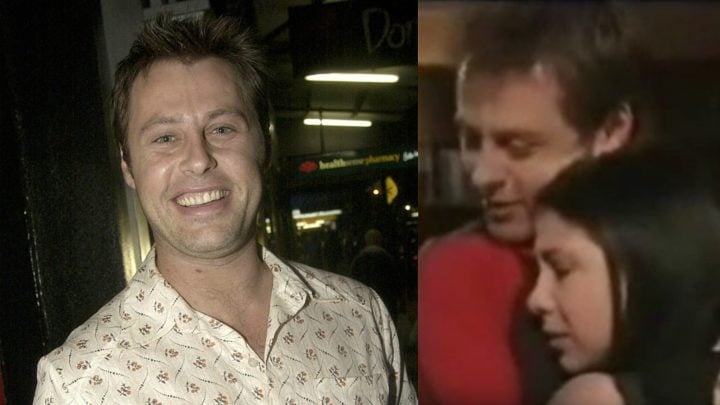 Former Home and Away actor Joel McIlroy has reportedly been charged over allegedly assaulting a female police officer.

NSW Police have confirmed a 46-year-old man is due to appear in court today over the alleged assault. The man, who has since been named by multiple news reports as McIlroy, was arrested on Tuesday in Surry Hills.

He allegedly approached police officers while they were arresting another man for minor property-related offences, in an unrelated incident. Police then claim he was asked to leave but instead he allegedly shoulder-charged a female senior constable.

“Police attempted to arrest the man and a struggle ensued, during which the man and two officers fell to the ground,” NSW Police added in a statement. “A member of the public assisted police and the man was arrested and taken to Surry Hills Police Station.”

The 29-year-old officer is said to have sustained face, neck and shoulder injuries after allegedly being punched several times. She was taken to St Vincent’s Hospital after initially being treated by paramedics at the scene. Police confirmed she should be released today.

McIlroy is best known for playing Kate Ritchie’s character Sally’s husband Flynn on Home and Away, before the character’s heartbreaking death from cancer. His character’s battle with the disease and emotional death scene is one of the most memorable storylines in the soap’s history.

He appeared for more than a decade as Flynn Saunders from 1994 to 2006, which earned him a silver Logie nomination in 2006. According to IMDB, he has had a few smaller roles since leaving the soap.

Did you watch Home and Away when Joel McIlroy played Flynn?