Gary Jubelin weighs in on the mysterious disappearance of Theo Hayez 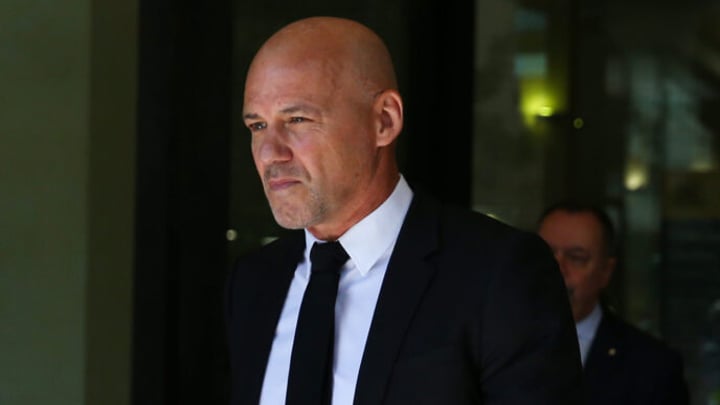 The former lead detective on the William Tyrrell case, Gary Jubelin, has weighed in on another high-profile case, that of the mysterious disappearance of Belgian backpacker Theo Hayez.

Hayez, 18, arrived in Australia in 2018 for a backpacking holiday before disappearing a week before he was set to return to Belgium. He was last seen leaving Cheeky Monkey’s bar in Byron Bay at approximately 11:00 pm on May 31, 2019.

Police were notified of Hayez’s disappearance after his family hadn’t heard from their son for some time and when he failed to return to his accommodation.

Despite extensive searches that utilised helicopters, drones, cadaver dogs, trackers, divers, and rock climbers, the fate of the 18 year old remains unknown to this day.

Hayez’s final phone signal was determined to be in the proximity of Cape Byron on June 1 2019, with suggestions that Hayez’s last possible whereabouts was in the vicinity of Cosy Corner, Tallow Beach

Despite a grey Puma hat, similar to the one Hayez was wearing when he was last seen, being found in bushland at Tallow Beach by community search volunteers the case’s momentum has stalled recently with police arriving at the theory that Hayez fell from the cliffs near the lighthouse.

However, Jubelin told 60 Minutes that “you can’t discount anything” regarding the disappearance and that if he were leading the investigation he “would be treating it as suspicious circumstances”.

Jubelin holds this view after examining the digital trail left behind by Hayez which shows him making a stop at some local cricket nets after being kicked out of a bar on the night he vanished.

“I keep coming back to the reasons why he might spend seven minutes here,” Jubelin said.

“And I can’t for the life of me think other than he’s speaking to someone.”

Hindered by privacy laws, Australian police had no clue where to look for backpacker Theo Hayez after his disappearance. It came down to his mother to make the biggest breakthrough in the case – but by then, so much time had been lost. #60Mins

The fact that Hayes headed towards the beach, which was in the opposite direction to his accommodation, and the path he took makes Jubelin believe he was led there by another party.

“I choose my words carefully. The evidence that’s presented, that I’ve had access to, is suggestive of the fact that he was in company with someone,” Jubelin revealed.

“It could still be an accident. It could be something happened, that he ran away from the people.”

The Theo Hayez disappearance isn’t the only investigation Jubelin has voiced his opinion on recently, after he doubled down on calls for a public inquiry into how police handled the 2014 disappearance of William Tyrrell, claiming “the main focus should be finding out what’s happened to William”.

Jubelin became a key figure in the investigation of William’s disappearance for more than four years from early 2015 until 2019. He was stood down as the head of Strike Force Rosann and left the NSW Police force not long after.

During an interview with Today on Wednesday, September 7, Jubelin suggested that after continued criticism of the investigation, authorities should take the matter “one step further” and “have an external inquiry about the handling of the investigation”.

“It’s been eight years since William disappeared, and there’s been a lot of speculation, rumours, and innuendo that’s affecting people’s lives,” Jubelin said.

Despite acknowledging that an inquiry could potentially find fault with his efforts during the investigation, Jubelin said ensuring “that everything that’s been done and everything that can be done is being done to find out what happened to William” takes precedence.

“I could be very stupid, but it’s very important when a three-year-old kid disappears, and that’s what sort of gets lost,” Jubelin explained

“If something has been done wrong, whether it’s me or things we could have done better, let’s learn from it so it doesn’t happen again.

“But certainly with the rumours and the speculation going on with this investigation I couldn’t sit by and not make a comment.”

Above all, Jubelin holds the firm belief that “finding out what’s happened to William” is all that matters.

“I’m still a policeman at heart, and I know there are people working very hard for it but it does need to be scrutinised, and there needs to be transparency about what’s happening,” he said.

“A homicide investigation by its nature is subjective, so you’re looking at what weight you put on different things.

“I can see why you can have different views. But the main focus should be finding out what’s happened to William, so let’s explore all those avenues.”