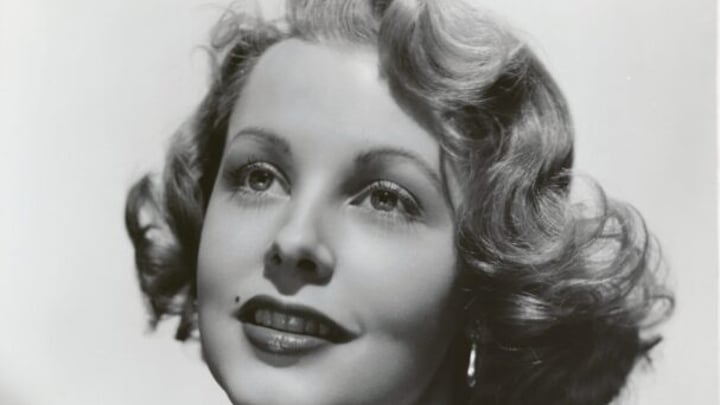 'Journey to the Centre of the Earth' star Arlene Dahl has passed away. Source: Getty

Arlene Dahl, the flame-haired star of Journey to the Centre of the Earth, and one of the last links to the Golden Era of Hollywood, has died on Monday, November 29, aged 96.

Born in Minneapolis, the iconic 1950s actress, who went on to become a beauty entrepreneur, columnist and astrologer, started out as a model. She worked in the theatre before arriving in Hollywood in 1946. After a brint stint with Warner Bros., Dahl signed with Tinsel Town starmaker MGM and graced the silver screen in the technicolour era of Marilyn Monroe and Rita Hayworth.

As an aspiring starlet in the late 1940s, Dahl caught the eye of John F. Kennedy, then the junior senator from Massachusetts, and dated the future president on and off for a couple of years, wrote The Hollywood Reporter in their obituary today.  “He was the cheapest man I ever met — never had a dollar in his pocket,” she recalled in a 2013 interview.

Her first film for MGM was “The Bride Goes Wild”, starring Van Johnson and June Allyson and she went on to appear in “Three Little Words,” “Woman’s World” and “Slightly Scarlet”. Dahl’s most enduring role was the 1959 big-screen adaption of Jules Verne’s novel, “Journey to the Centre of the Earth,” in which she starred as a determined widow opposite James Mason and Pat Boone.

It was to be her last major starring role, as after the birth of her son Lorenzo in 1958, Dahl retreated from the spotlight to focus on motherhood and building her cosmetics empire, Arlene Dahl Enterprises. However, she would continue to appear in the occasional film and television role and on stage. In the 80s, Dahl also appeared in soap operas including “One Life to Live” and “All My Children,” and guest-starred in hit television shows including The Love Boat and Fantasy Island.

Her son Lorenzo today released a loving tribute on Facebook to announce the passing of the person who “lived and loved to the fullest”:

“Mom passed away this morning in New York. She was the most positive influence on my life. I will remember her laughter, her joy, her dignity as she navigated the challenges that she faced. Never an ill word about anyone crossed her lips. Her ability to forgive left me speechless at times. She truly was a force of nature and as we got closer in my adult life, I leaned on her more and more as my life counselor and the person I knew that lived and loved to the fullest. My sympathies go to her loving husband @marcrosennyc who,for the last 37 years, made her life so wonderful and joyous. Love you mom forever”

Fans of the old Hollywood era took to Twitter to share their favourite images of the much-loved star, along with their sadness at the loss of one of the last links to a bygone age.

One typical post read: “The breathtakingly beautiful Arlene Dahl, who was one of the very last surviving stars of the Golden Age of Hollywood has passed away at 96. Time is so cruel and [sic] spears no one.”

Another sad news: The breathtakingly beautiful Arlene Dahl, who was one of the very last surviving stars of the Golden Age of Hollywood has passed away at 96.

Time is so cruel and spears no one.

Do you remember the movies of Arlene Dahl?