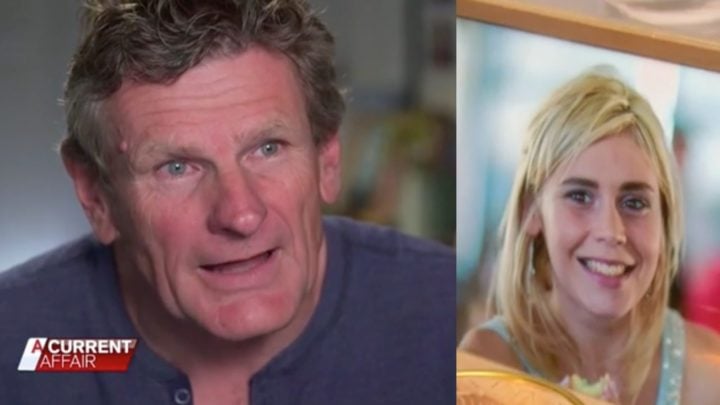 Paul, father of Elly Warren, took justice into his own hands after her death. Source: Channel 9/A Current Affair.

The father of an Australian woman who was killed in a rural African village during a volunteering holiday has revealed he’s finally been given fresh hope, after he was forced to take justice into his own hands to find out what happened to her.

Paul Warren has flown out to Mozambique several times over the last few years after he claimed local authorities bungled the case into his 20-year-old daughter Elly’s death. The young woman was enjoying the last few days of a diving and volunteering program in the village of Tofo in 2016 when she was killed.

Her body was found face-down near a toilet block, with her underwear around her ankles – despite authorities allegedly claiming at first that she died of a drug overdose. It was later confirmed there were no drugs in her system at the time she died however, prompting her father into action.

Now, appearing on Channel Nine’s A Current Affair, Paul has revealed there’s been a breakthrough in the case after new investigators finally took over. “All I can say is that they are hot on the trail of whoever killed my daughter,” he told the show. “It’s a major step forward.”

Inviting camera crews inside his Melbourne home, Paul had a photo of his daughter pride of place in the living room. He recalled: “My daughter loved life. They’ve taken her life. The life she could have had was taken away from her… I know she’s not going to walk through my door again. The hardest part about it all is being on your own.”

According to the show, it was finally determined that Elly died of asphyxiation, after inhaling sand. Cuts and bruising were also found on her neck, while her mouth was bruised too.

Paul is now offering a $15,000 reward for any information that may lead to the capture of his daughter’s killer, insisting: “I’m not going to give up.”

Elly’s family previously set up a change.org page to plead for help and support in their search for answers, revealing: “As Elly was an Australian citizen travelling in an overseas country, Australia has no authority to assist or carry out their own investigation into her death, her death must be investigated solely by the Mozambique police.

“Mozambique police refuse to provide Australian authorities with their investigative reports on Elly’s death and refuse to confirm that an investigation is taking place.”

After pleading with Scott Morrison to intervene, they added: “Elly’s extended family and friends still find it hard to accept that she is gone. A bright, happy, hard working, determined young girl with her whole life ahead of her, lost at the hands of a murderer for no apparent reason.

“Elly loved travelling, she loved Africa, the African people and marine life and wanted to make a difference in marine and wildlife conservation.”