‘Our justice has gone mad’: Anger as mass murderer who killed own kids released 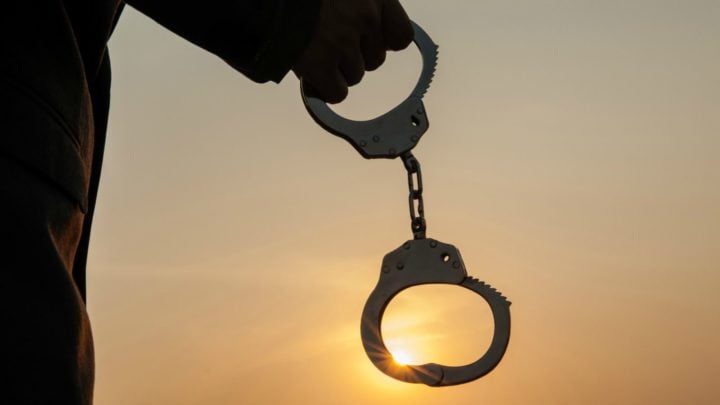 A stream of Aussies are calling for a justice system shake-up after a mass murderer was granted parole and is set to be released from jail – despite killing his whole family, including his children.

According to multiple reports, Dennis Rostron shot and killed his wife Cecily, two sons – aged one and two – and his parents-in-law at Molgawo outstation in Arnhem Land in 1988. However, despite spending the last 30 years behind bars, his application for release has now reportedly been granted by NT Parole Board chairman Justice Stephen Southwood.

Sharing the news on his own Facebook page, Pauline Hanson’s One Nation candidate Rod Caddies has hit out at the decision, leading a stream of angry comments from other Aussies who have called for a major shake-up to the justice system as a whole.

“I think it would be in the Publics best interest if he stayed behind bars!!!! He killed 5 people….This country is going down hill fast,” one person commented on Facebook, while another added: “What they called the full force of the law really means the full farce of the law.”

Meanwhile more called for a return to tougher punishments, with some even calling for the death penalty to be reinstated, with one person commenting: “Why are our judges letting mass murderers out of prison to do it again. Australia needs to bring back the death penalty.”

One added: “The Australian justice system is an absolute disgrace. 30 years in prison for murdering 5 innocent people? Pathetic doesn’t even start to cover it,” with more adding: “He should never be released.” Another person commented: “No way. What’s wrong with this parole board, like the bloody judges. Need a good shake up,” and one added: “Our legal system is so wrong.”

However one person pointed out that there was more to the story than many realised, and one added: “The world has changed a lot since 1988, I hope he can adapt to the world outside the four walls he’s been living in.”

According to Nine News, then 24-year-old Rostron was initially jailed for life after shooting all five family members as they sat together on a mattress on September 25, 1988. However, after laws changed in 2003, he was handed a non-parole period of 28 years.

Justice Judith Kelly reportedly said at the time that she would have given him a longer non-parole period if he wasn’t an Aboriginal man, apparently citing his shorter life expectancy.

On granting his parole now, Justice Southwood reportedly insisted the community had been consulted about his release at length and now support the decision. The parole board was reportedly satisfied he had obtained a low security rating and had the ability to earn an income from the sale of his art.

“Dennis Rostron became eligible for parole after he had served 28 years in prison from 4 October 1988. Prior to his release on parole he in fact served more than 30 years in prison,” Justice Southwood said, according to the ABC. He reportedly added that Rostron had “completed all required rehabilitation programs”.

Do you think Australia's justice system needs a shake-up? Or do you think the decision was fair?