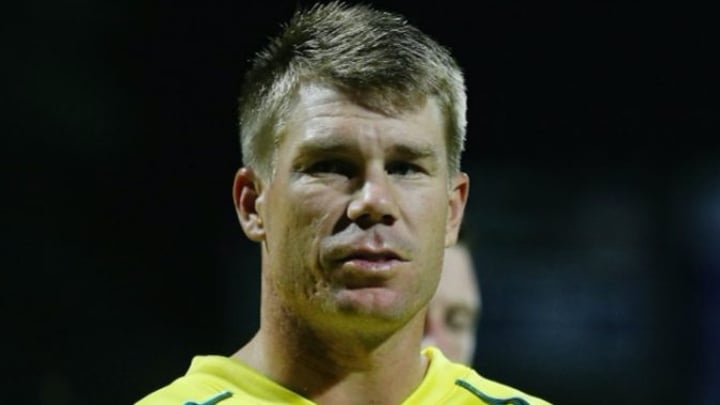 Cricket star David Warner has announced that he will accept his 12-month match ban for his role in the ball tampering scandal.

Taking to Twitter on Thursday afternoon, the 31-year-old followed in the steps of former skipper Steve Smith and Cameron Bancroft and said he won’t contest Cricket Australia’s decision to ban them from the game.

Warner told his fans that he accepted the punishment and hoped he could become a “better person”.

“I have today let Cricket Australia know that I fully accept the sanctions imposed on me,” he told his 1.68 million Twitter followers. “I am truly sorry for my actions and will now do everything I can to be a better person, teammate and role model.”

Earlier reports said the former vice captain, who was named as the mastermind behind the ball tampering, was planning to contest his ban. He had previously requested specific evidence from Cricket Australia to form his case.

I have today let Cricket Australia know that I fully accept the sanctions imposed on me. I am truly sorry for my actions and will now do everything I can to be a better person, teammate and role model.

This now means that Warner, Smith and Bancroft will be absent from the game for the rest of the year. Warner and Smith were each given a 12-month ban from the game, while Bancroft was handed 9-months for his part in the ball-tampering scandal during the third Test in South Africa.

An investigation by Cricket Australia found Smith, Warner and Bancroft where the only players who knew of the plan, and that Warner was the driving force behind it. The players were given until today to decide how they wanted to proceed, with Warner leaving it until the last minute to reveal his plans.

Of the three, Warner has faced the most criticism, with many arguing his apology wasn’t as genuine as Smith’s or Bancroft’s. Warner has been less forthcoming and drew the ire of the public when he failed the explicitly admit he devised the plan on his own accord.

During a press conference in Sydney last week, he admitted he had resigned himself to the fact he may never play cricket for his country again, and gave a tearful apology to his wife and children. However, he later avoided answering a series of questions from reporters and quickly left the room when asked whose idea it was the manipulate the ball by rubbing sandpaper on its side.

He took to Twitter to explain that there were things he wanted to say, but simply couldn’t at the time.

“I know there are unanswered questions and lots of them. I completely understand. In time i will do my best to answer them all. But there is a formal CA process to follow,” he wrote at the time. “I am taking advice to make sure I properly comply with that process and answer all questions in the proper place and at the proper time. I should have mentioned that in my press conference I’m sorry for not making it clearer. With so much at stake for my family and cricket I have to follow this process properly. I think that’s fair.”

There are claims that he will be revealing the details in a tell-all interview that could earn him millions. Various reports have said that Warner has lost around $6 million due to the cricket scandal, but could earn at least $1 million if he sold his story to Channel Nine or Channel Seven.

What do you think? Is this punishment enough, or should Warner face further charges? Should he be allowed to sell his story and make money from it?