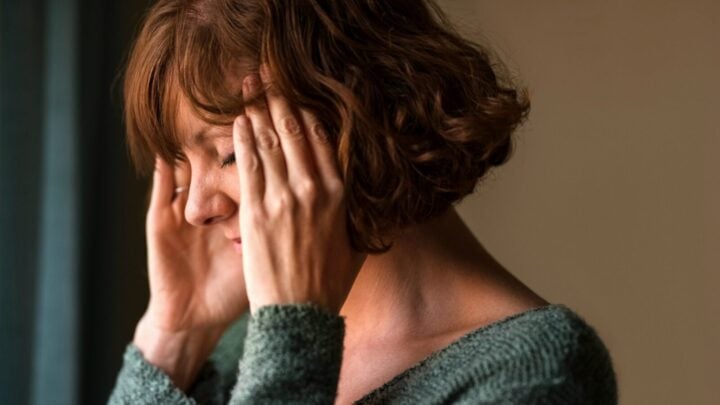 The women detailed her shock at receiving the letter. Source: Getty (model posed for picture).

A woman has been left shocked after her “nasty” mother, who she had little contact with, sent her an abusive from beyond the grave. Taking to the online forum Mumsnet, the woman explained that she hadn’t been in contact with her mother for about six years due to her horrible behaviour.

“Long story [short] but she was very nasty and abusive,” she wrote. “Emotionally all our lives and physically when we were kids.”

The woman went on to explain that her late mother would often say nasty things about her appearance and then deny it, adding she also cheated on her father, who has since passed, and continued to deny it.

“So she died 10 days ago,” the woman said. “I’d been told she was dying and spent days sat with her in the hospital, she was too far gone to know I was there.

“Today I got a letter via the solicitor. Pages and pages of abuse and ranting. Obviously I’m disinherited. Fine. Lies upon lies about how she never had an affair.

“Lies about how I only went NC [no contact] with her because I’m selfish and she had no use to me once Dd [darling daughter] was older as I’d used her for babysitting,” she said, explaining her late mother only babysat occasionally, “like two times a year”.

She continued: “She says she hopes the guilt kills me. She hopes my Dd [darling daughters] are as wicked to me as I’ve been to her. Lots of insults. What sort of… a mother writes such a letter? She obviously wanted to be cruel and have the last word when she knows I can’t respond. I’m angry I visited her at the hospital. A little part of me thought the letter might express regret, how bloody wrong.”

Mumsnet readers were equally as shocked by the letter, with one writing: “Oh OP [original poster], I seriously do not have any words but I just didn’t want to read and run. She sounds like a troubled person. I’m so sorry she has done this to you.”

Another said she deserved better, commenting: “Oh no! You had a tiny hope she might be expressing regret. You’d sat with her as she lay dying. You deserved better. I’m so sorry for your loss – you deserved a good mum.”

While a third said that was “the saddest and most shocking thing” they had ever read on Mumsnet, saying she did the right thing cutting contact off with her.