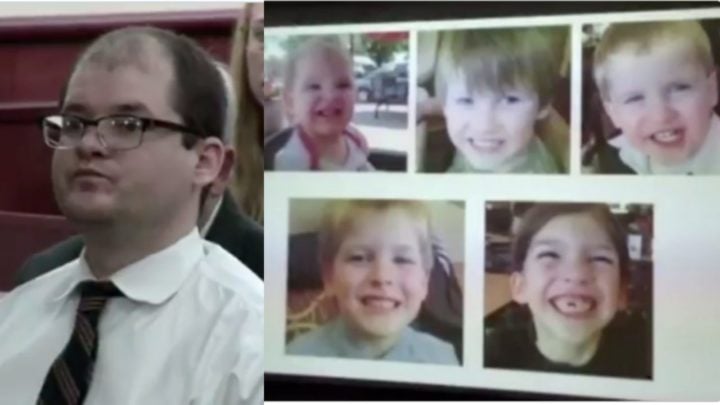 Timothy Jones Jr. was sentenced to death for the murder of his five kids in 2014. Source: Twitter/ Jacob Reynolds/WLTX.

A father who killed his five kids in an angry rage has been sentenced to death just days after his ex-wife pleaded with the jury to spare his life for the sake of her murdered children.

Timothy Jones Jr, who was previously convicted of five counts of murder over the deaths of his children in 2014, was handed a unanimous decision by the Lexington County jury on Thursday, The Daily Mail reports.

According to the publication the man showed no emotion as the sentence was delivered in North Carolina, USA, following a short two hour deliberation.

Prosecutors had been pushing for the death sentence in the case, describing Jones as “an evil, selfish father”. However several members of the killer’s family had argued against it, including his ex-wife Amber Kyzer surprisingly pleaded for mercy for her former partner, despite him killing their young children, aged between one and eight.

The killer’s lawyers had attempted to prove that Jones was suffering from an undiagnosed mental illness which was heightened when he became a single father to the couple’s children.

Read more: Mum begs jury to spare the life of ex-husband who murdered their five children

In his confession, he said he felt that his six-year-old son Nahtahn was conspiring with Kyzer to attack him, which led to him exercising the body until he collapsed and died, after he broke an electrical outlet.